THERE is something remarkably solid about Antequera, in both its people and its buildings.

Described as ‘the Prehistoric museum of Andalucia’, its narrow streets feel almost choked by the weight of history; its enormous, solidly-built palaces and churches towering over them.

It is not for nothing that an incredible 70 per cent of all the key listed buildings and monuments (or patrimonio) of Malaga province are found in the city.

“Malaga city doesn’t come close,” insists Silvia Jurado, president of the local tourism initiative CIT. “There are so many gems here. You would be hard pressed to see them all in a weekend.”

The 19th century traveller Washington Irving, a former US ambassador to Spain, was particularly taken by the place, when he wrote: “Everything in this venerable city has a decidedly Spanish seal.”

But Antequera has been steeped in a rich and glorious ous history since the stone age, when ancient tribes roamed the area and built their famous burial sites – or dolmens – which are still a joy to visit.

Then there was the Roman period, the Moorish invasion and finally – some 600 years ago exactly – the reconquest by the Christians, who retook the city in 1410.

The wealth of history is quickly apparent on wandering around the easily manageable city with its orange-tree-lined streets and wide marble pavements.

Head in any direction and you will find a Baroque or Arabic gem. I particularly like Plaza de las Descalzas and a short walk away Plaza Santiago for its delightful proportions.

While there are more churches per head of capita than anywhere else in Spain, the city is topped with a magical jewel in the crown, its stunning Alcazaba, or ancient fortress, which is now open again after a long refurbishment.

Take a walk up the hill from the tourist office, through the imposing Arco de los Gigantes, and you soon come across the impressively fortified fortress. 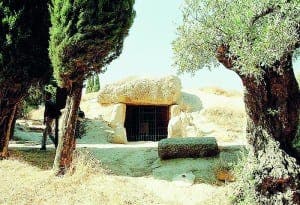 Marvel at the views and the leafy gardens, which are a delight to walk around, and then take a particular look at the 13th century Torre del Homenaje, which is a great example of Islamic architecture.

Coincidentally Antequera, then known as Madinet Antaqira, was the first of the major Arabic towns to fall when the Christians under El Infante Don Fernando of Aragon made his final push south into the Kingdom of Granada in 1410.

In the Plaza Alta square below the Alcazaba, not only will you find a great terrace restaurant El Escribano to while away an hour, but the stunning church of Santa Maria is a joy to visit.

Light and airy with a superb Mudejar-style, double hammer ceiling, thankfully the church has been unconsecrated and now holds a series of art exhibitions and even rock concerts.

This is all rather odd for a city that is about as conservative as any you will find around Andalucia. Alongside Sevilla, and say Ronda, there is a distinctly traditional feel to the place, both in sights and values.

This may have much to do with the amount of wealth that has been generated here for many centuries.

It is no coincidence that the rich, fertile plain (or vega) of Antequera is dotted with enormous estates, each with their impressive whitewashed cortijos.

Many of these have been wonderfully conserved, although few are lived in. Some have been converted into venues for weddings, while others are garden centres. The rest are simply aching for conversion from anyone wealthy enough, or stupid enough, to take on board such a large project.

This is the gateway to Europe’s finest olive groves.

While a controversial – and perhaps misguided – plan currently exists to convert a large part of the vega into a huge international airport and commercial centre, it is currently still relatively intact.

Take a ride out towards three key areas of natural beauty nearby, up towards the lake district, with its famous Caminito del Rey, or Fuente de Piedra with its lake filled with flamingoes for much of the year. 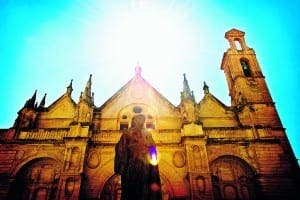 Then there is the formidable barrier of the Sierra de las Cabras and more famously El Torcal, one of Spain’s finest rocky outcrops, with a new visitor centre, to boot.

Not quite connected to the same chain of mountains, but just as impressive is the nearby Pena de los Enamorados, or Lovers’ Rock, where local legend insists that a Christian warrior and a Muslim girl leapt to their deaths rather than be forced to live separate lives.

As one local expatriate Euan Woodward, a training and development consultant, who lives in nearby Mollina, described it.

“My priorities were having an airport nearby so that I could return to the UK for work without driving long distances, and I have two – Granada and Malaga. I also wanted to be based in a traditional Spanish town.

“I saw Mollina and liked it very much. Then I went just down the road to Antequera and thought that was the icing on the cake. I sat outside cafes and watched the world go by and was really taken by the feel of the place.

“Antequera has lovely restaurants, plenty of shops and the mountain range El Torcal. The best thing about Antequera is that I feel at peace here. The place just feels right for me.”

Now, Washington Irving could not have summed it up so well.

Castellon calling! Tourism chiefs want tourists from Sevilla to fly in and save the summer

Glenn Wickman - 23 Jun, 2021 @ 16:30
A DELEGATION for Castellon airport is currently in Sevilla promoting the province as a top tourist destination this August. Air Nostrum is set to launch...

BREXIT ANNIVERSARY: Five years on from the vote that determined its future place outside the European Union, how has...

COVID-19 in Spain: Boris Johnson warns that 2021 will be a ‘difficult’ year for travel

EasyJet to launch five new routes to Malaga this summer