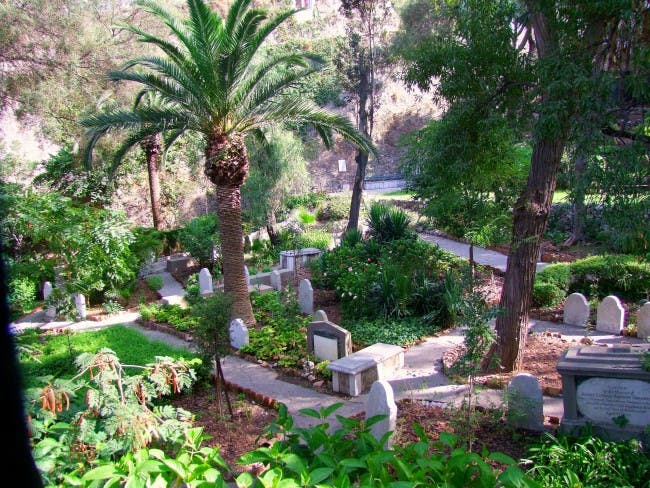 DESPITE its name, Trafalgar cemetery is home to just two victims of 1805’s almighty battle.

Instead, many tombstones commemorate those who died in three devastating yellow fever epidemics around the same time.

Nonetheless, this tiny pocket of Gibraltar still radiates patriotism. Its moss-covered graves and low-hanging branches could tempt anyone in for a moment of reflection while en-route to the cable car.

The cemetery – originally known as Southport Ditch Cemetery – was abandoned for many years until a huge restoration effort in the 1980s.

Each year on the Sunday closest to the battle of Trafalgar (October 21), the Royal Navy holds a ceremony here.

While most of those that died at Trafalgar were buried at sea, Lord Nelson’s body was being transported back to London for a state funeral and burial at St Paul’s cathedral.

However, he was initially taken to Gibraltar’s Rosia Bay, in his ship HMS Victory, where his body was put in a vat of rum to conserve it, before being sent to the UK.

But the connection goes deeper, before his heroic death Nelson would have been a regular on the Rock, especially at naval haunts like the Victualling Yard and Old Naval Hospital.

And it was his close friend Aaron Cardozo – a wealthy Gibraltarian merchant – who inherited Nelson’s medal commemorating his victory in the Battle of the Nile.