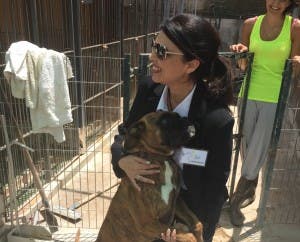 AN animal rights group are fighting back against the Andalucian government after they threatened to close a shelter in Mijas.

PACMA have launched a petition to stop the closure of ACE Charity’s shelter which homes more than 250 animals.

A report carried out by the Junta found that the shelter is ‘unsatisfactory’ and doesn’t meet new standards.

The kennels at the shelter failed the inspection as they do not all have access to light, artificial or natural.

The charity have now been given a month to carry out necessary improvements – valued at €50,000 – or face closure.

ACE has been running its shelter in Mijas for 15 years and has homed more than 17,000 animals during that time.

PAW FOR HELP: Exclusive on Ukrainian pets looking for help in Spain