WHICH to choose, the powder-pink baby grow or the one in duck-egg blue? 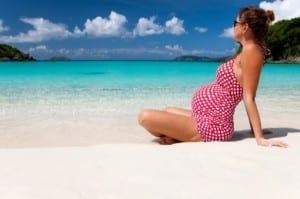 Expectant mums face a whole brood of decisions, some inconsequential, others potentially life-changing.

However fate took control when Londoner Stacie Cottle’s waters broke unexpectedly while at home in the Axarquia, where she was forced to give birth unassisted.

Inexplicably, when she brought her baby daughter into hospital for a check-up the next day, with the placenta and umbilical cord still attached, she was separated from her newborn until DNA testing could prove she was hers!

As revealed exclusively by the Olive Press, the 27-year-old mum then endured three weeks of trauma, tests and a tsunami of paperwork before she was allowed to take little Anzelika home.

She described it as ‘the most horrendous month of my life’. “I have been treated like a common criminal. It makes me think twice about ever coming back to Spain.”

While the case attracted international media outrage, the hospital stood by its actions, stating: “It is our priority to look out for the protection of the newborn, and it should be noted that the newborn arrived with the umbilical cord attached”. 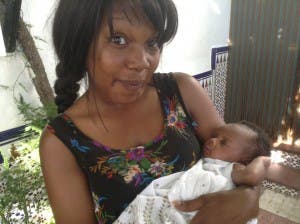 The astonishing kneejerk reaction of staff at the Hospital Comarcal de la Axarquia to its alleged first home birth case in 10 years shines the spotlight on a system that seems rooted in the Victorian era compared to other European countries.

The outdated approach to childbirth is a major stumbling block for expats coming from the UK, one of Europe’s leading advocates of home births.

That’s no surprise, given that home births in Britain are not only approved but subsidised. In Spain they are ‘unregulated’, and therefore considered risky by mothers, as well as midwives whose insurance often does not cover home births.

Spain falls into a no-man’s land, alongside Portugal, Finland, Slovakia, and Turkey, where home births are not controlled, leading to confusion, risk and insecurity.

Nor does Spain embrace the trend of more ‘natural’ methods, like water births and hypno-births.

The Olive Press spoke to a range of ex-pats, midwives, health professionals and parents who have experienced the system firsthand, to help to shed light on these anomalies.

“It’s geographical and cultural,” says Yvonne Marry, one of the ‘Irish Midwives’, as they are known, who has been delivering babies in Marbella since 2003.

“Spain is so large that you can’t guarantee proximity to hospitals for emergency help but also, birthing in Spain is seen as very medical.

“It’s practically a given that you’ll have an anaesthetist and an epidural. But the popularity of natural births is just emerging and there is big change afoot.”

Her colleague Anne Halpenny, a Costa del Sol midwife since 1996, adds that, in the case of home births, ‘back up, in rare cases of emergencies, is very poor compared to the UK’.

Many British expats, enthused by their friends’ and sisters’ experiences of picture-perfect home births back in the UK, have tried to follow suit in Spain.

Most have met an administrative brick wall.

That was the experience of one Ronda couple who found a British midwife willing to attend the home labour of their firstborn after months of searching.

After five hours, they moved to hospital to speed up the process but were met by angry officials.

“We were treated like pariahs by the hospital,” said the father.

“They just couldn’t understand why we wanted to have the baby at home.

“In the UK ten years ago it became important for doctors to treat their patients like clients, explaining treatments and choices. In Spain the mentality is still very much that the doctor is always right.”

Madrid-based Association Nacer en Casa (Home Births) agrees that Spain’s birthing care – while at a very high standard – is set in its ways.

“It’s economics. Giving birth at home costs €2,000 whereas giving birth in a hospital costs far more than that, so it is in the interests of the gynaecologists and keeps the power with the hospitals,” says representative Cristina Trevino de la Cal.

“In Spain the doctor is God, so it is a case of changing mentalities – it’s changing very slowly but there is still a lot of pressure on women to give birth a certain way.

“And less than 1% of Spanish midwives are legal to deliver babies in the home.”

While giving birth at home is clearly not the norm here, private Marbella Hospital Ceram is a champion of water births, delivering 80% of babies that way, largely for international clients rather than Spanish.

“The health system in Spain doesn’t have the infrastructure to deal with alternative methods on a large scale,” says Tatiana Benito, Ceram’s MD.

But demand for alternative methods is growing. In Estepona, 31-year-old Paula Rowan, from Edinburgh, advocates hypnobirthing and managed to find classes here in Spain.

Paula had a successful water birth at the Hospital Costa del Sol – hitting the jackpot as just four of its 20 midwives are trained in the method. Her website, Natural Birthing Zone, shares positive experiences and information.

“So many people fear birth and you hear a lot of negative, awful stories about natural births, but I wanted a forum to share the positive and good experiences.

“For me, a home birth was not as important as having confidence and I felt perfectly safe and well looked-after.”

The earlier-quoted Yvonne Marry delivered Paula’s baby… Spain is a small world for midwives. But she insists that hospitals do their utmost to make mothers feel ‘at home’, with dimmable lights and one visitor allowed at all times.

And although in some ways Spain lags behind, credit is due for keeping birth procedures standardised and prioritising the newborn, no matter what, as Stacie Cottle learned to her cost.

The wheels of change turn slowly but with alternative methods creeping in, along with improved communication networks and birthing groups, there is no shortage of support for expat mums-to-be in Spain.

So the next question is – are you really going to put your newborn son in that fuchsia baby grow? 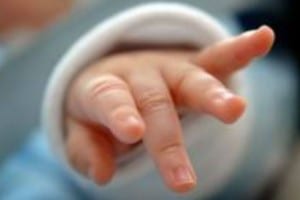 Going full term in Spain: A conception to cradle experience

SO you think you’re pregnant?

Be prepared to spend half your time at the doctor’s and half on the phone to your insurance company.

When in Spain, the first stop is your GP to confirm the pregnancy and start the first round of monthly blood and urine tests.

There are also tests for HIV, diabetes, toxoplasmosis and also streptococcus, infrequent in the UK.

The medical checkups are routine, but figuring out the right insurance cover takes a little more creativity.

It should be taken out 6 to 12 months prior to the birth which will take place at a private clinic.

For those in the Spanish system, hospital births are the norm, as this is where the majority of midwives work.

When the contractions start, mums-to.be must present themselves at the hospital with their paperwork, passport, NIE card and, preferably, a Spanish-speaking friend to help with interpreting.

Spanish hospitals apply standard operating procedures, so if there are any problems it is important to speak up.

Mum and baby generally remain in the hospital for around five days for at least two further checks and a final examination.

After being discharged and registering the baby, it’s wise to sign the new nipper up for social security, which covers free vaccinations.

Cultural differences can make postnatal adjustments difficult. For example, Spanish women are accustomed to having a wide family support network at home, and receive maximum maternity leave of 16 weeks for a single birth, 18 for twins and 20 for triplets.

They must take at least six weeks off.

In the UK, mums receive up to 52 weeks, with only a slightly lower pay scale for up to 39 weeks.

Dads in Spain get only 15 days paid paternity leave but have the option of three years unpaid leave.

However, being out and about with a baby is a cinch in family-minded Spain where breastfeeding in public is accepted and most restaurants welcome children with open arms. 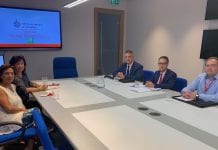 Gibraltar warns citizens to ‘inform themselves’ ahead of no-deal Brexit but says: “We are better off than UK” 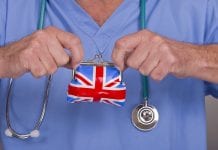