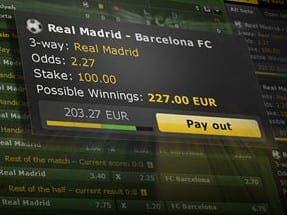 Bwin.party’s figures for the first six months of the year show a sharp improvement from the same period in 2014 when they made a £8.3 million loss.

The online gaming group recently accepted a £1.1 billion takeover offer from GVC Holdings after a bidding war between GVC and rival 888.