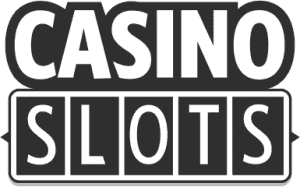 THERE are more than the Slots spinning in Spain as players’ reel with welcoming enthusiasm.

In 2013 Dirección General de Ordenación del Juego (DGOJ) passed legislation to allow licenses to online gambling operators to include Slots in their gaming platform. A process that was slow moving to get off the ground but patience has certainly been a virtue. The decision initially didn’t happen overnight as lawmakers hesitated over the approval. Taking into consideration that Spaniards were playing Slots online illegally anyway and the revenue it could potentially generate to the country with a declining economy, it simply made sense.

A top operators like 888 Holdings, Bwin.party, William Hill, PokerStars, 888, bwin.party and Gamesys Spain are among those granted approval to for slot games. It is history in the making for first time as Slots can legally be played via the internet.

Leading Playtech Casino software supplier entered the Spanish online market, allowing the company to offer slots through their operators to have real money players in this region. The software allows licensed operators to offer their slots products in a mobile format as well.

Playtech COO Shimon Akad said, “The inclusion of online casino games and slots in Spain is a major breakthrough and will serve to increase our market share there.”

“It would be difficult for someone in good health to survive being in the wild for that long, let alone someone like her,” he added.

The DGOJ reported at the European gaming regulators in Brussels last week the annual figures for Spain’s regulated online gambling market. Demographics for the the number of players who participated in some form of online gambling in 2014 was 824,000. In that number 87% were men with similar percentage stats of online gamblers between the ages of 18-45 years of age.

One interesting observation is that the older clientele may be unstated in the online gaming arena but overall they are the biggest wagering gamblers spending the most money. The average amount of money spent per player was €243, but showed a definite increase to €448 for gamblers aged 46-55 over players aged 18-25 who averaged much less at €64. Men were also bigger spenders then women players by a ratio of €261 to €123.

Slots have opened the door to bigger revenues with a big jump in gains for the first quarter of 2015. Other figures released showed a rise in casino table game revenue by 38% with €12.2m in the three months ending March 31st, overtaking the online market growing 14% to €77.4m.

Gambling in general including land based Casino is an extremely popular pass time citizen in Spain after it became legal in 1977. Some statistics have estimated that Spain ranks number three in the world in the amount of money players spend on gambling on a yearly basis. There are over 40 land-based casinos throughout the country’s major cities and regions.

Since Spain has taken a more relaxed approach to Slots for online gambling, the residents in this region enjoy more than ever this form of entertainment. Today, Spain is regarded as one of the leader’s in gambling legislation and reform. Residents from Spain have been reported to spend twice as much in their free time gambling than those citizens of the United Kingdom.

As the market continues to grow and the popularity of Slots continue to be a huge contender for players, the availability of online Casinos offered for Spanish citizens will only flourish. Offering all the comforts of preferred language, currency and banking options tailored for the Spanish community is the ideal at home slot spinning experience.