THE brother of notorious gangland figure Gerry ‘the Monk’ Hutch has been shot dead in Dublin.

In what is believed to be a revenge killing, four men drove up to Eddie Hutch Snr’s house, burst through the door and opened fire with handguns.

It is thought the killing of 50-year-old Hutch is in retaliation to the murder of Kinahan collector David Byrne on Friday.

While police always insisted the killing was gang related, the Continuity IRA yesterday claimed responsibility for the murder of Byrne.

Father-of-five Eddie Hutch was not considered a violent criminal however was suspected of helping to launder some of the proceeds from his brother’s empire. 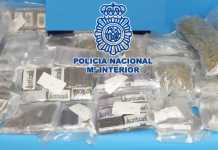