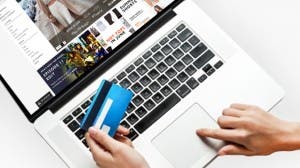 GIBRALTAR is the world’s headquarters for the highly lucrative online betting industry, which rakes in over €30 billion in profits each year.

The 2.6 square mile peninsula is home to the online operations of the globes biggest bookies, with over 60% of the globe’s online casino and gambling traffic passing through the British Overseas Territory.

Fronted by British TV icon Chris Tarrant, Lottoland has grown into one of Gibraltar’s biggest players, and is taking the The Rock by storm.

The company specialises, as its name suggests, in lotteries, allowing its customers to wager on the outcome of lottery draws in order to win big.

In principle lottery betting is no different to buying a lottery ticket. Players still choose their numbers, pay a fixed price for their numbers and have access to exactly the same jackpots.

Lottoland’s betting model means the location restrictions that hamper traditional lotteries are no longer an issue, allowing customers to access draws from around the world. This means the American lotteries like PowerBall and MegaMillions (which regularly have jackpots that exceed €100 million) are finally available outside the United States.

This geographical freedom has made Lottoland an increasingly popular choice for players, many of whom prefer to play from the comfort of their home, but also offers a great option for expats who can continue playing their national lotteries from their new homes.

From humble beginnings in 2013, the company has grown into an industry leader, boasting four large offices in the Ocean Village marina, and is now one of Gibraltar’s biggest employers.

Since December 2015 Lottoland has created six millionaires, and most recently welcomed their all-time biggest winner to Gibraltar for a tour of the company and to receive his novelty cheque (some things never change). The German national had scooped over €22 million on one the German lotto, with a lucky line purchased through Lottoland.

Online lottery has become increasingly popular over the last few years, as people turn their backs on paper tickets and embrace the benefits of internet transactions.

Lottoland’s repertoire of jackpot draws includes regular favourites like Euromillions, PowerBall and Irish Lotto. There are also exclusive lotteries such as Cash4Life; a very different type of lottery, Cash4Life pays out £1,000 a day for life to anyone who is lucky enough to match the numbers.

Aside from the unrivalled range of lottery draws on offer, Lottoland offer a range of unique benefits. This range from free lines and BOGOF deals to special jackpots, where Lottoland boost the prize money on offer to sums way beyond the capabilities of the main draw.

Numerous high street bookmakers have dabbled in the lottery betting arena, while other online providers simply resell tickets to the main draw, but none have made an impact quite like Lottoland’s.

While the principle might not be revolutionary, it’s proving more popular than anyone expected, and has finally dragged the concept of lottery draws into the modern age.