CRIMINAL proceedings against a Spanish Cardinal have begun in Valencia.

The Archbishop of Valencia, Cardinal Antonio Canizares, has been charged with inciting hate crimes after his homily in May was branded homophobic, xenophobic and sexist.

He made the comments at a Mass in the Catholic University of Valencia’s chapel, on the eve of the International Day Against Lesbophobia, Homophobia, Transphobia and Biphobia.

He said: “The family is haunted today, in our culture, by an endless threat of serious difficulties, and this is not hidden from anyone.

“We have legislation contrary to the family, the action of political and social forces, with added movements and actions of the gay empire, of ideas such as radical feminism, or the most insidious of all, gender theory.”

He went on to decry Europe’s open door policy on migrants.

A criminal complaint was filed by the Lambda LGBT collective who accused the Cardinal of hate speech.

He retracted his comments and said he was sorry if his words ‘hurt or bothered’ anyone.

A further 55 pro LGBT groups added themselves to the complaint.

The Spanish Network of Help to Refugees said: “Canizares is an ultra-conservative trying to subvert the constitutional order.

“He has the nostalgia for other times when immigrants, gays, lesbians, bisexuals, transexuals and women were subjected to the dictates of a society governed by the powers of the Catholic Church.”

The controversial Cardinal recently held a private meeting with the Pope Francis, who reportedly encouraged him to stand firm in his positions. 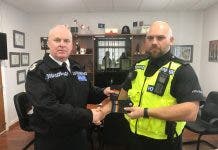 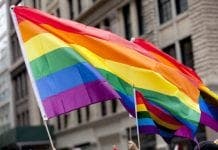