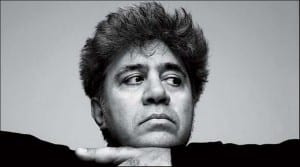 HE once said, ‘Cinema can fill in the empty spaces of your life and your loneliness’. And ever since the former Telefonica employee bought a Super-8 home movie camera with his first pay cheque in 1971, Pedro Almodovar has been on a quest to fill that void with an incredible movie output.

For nearly a decade before he was ‘discovered’ internationally, the legendary Spanish director was a household name in Spain for his melodramatic and subversive subjects. Today, with his distinctive mop of grey hair and his 20th feature film under his belt, he is recognised worldwide although that’s not an aspect of stardom the intensely private Almodovar enjoys.

A distinctive voice in cinema, renowned for the emotional intensity and stylistic elegance of his work, his films mix melodrama, comedy and camp. He explore themes that are often taboo, presenting colourful characters, fluid sexual and gender identities, and complex, independent women.

Few people can simultaneously be countercultural icons and Oscar-winning directors but Almodovar’s inclusive, celebratory spirit appeals to a worldwide audience.

A ‘son of the soil’ who grew up in rural Calzada de Calatrava, where his father was an oil and wine trader, his parents sent him to Catholic boarding school in Caceres, hoping he would enter the priesthood.

But the town had its own cinema, and the ‘silver screen’ quickly captivated young Pedro. As he reflected, years later: “Cinema became my real education, much more than the one I received from the priest.”

In 1967, against his parents wishes, he set off to seek his fortune in Madrid, taking a job at Telefonica to fund his ‘hobby’ making short films and writing short stories. His early work was inspired by Andy Warhol, John Waters and the Hollywood melodrama tradition.

In fact, his move to Spain’s capital couldn’t have been more timely. After years living under the oppression of Franco, the dictator’s death in 1975 heralded a new-found freedom which opened the artistic floodgates, expressing itself in la movida Madrilena.

Almodovar was among those in the vanguard of this countercultural movement which represented the resurrection of the Spanish economy and the emergence of a new national identity.

This hedonistic cultural wave was characterised by freedom of expression, the overturning of taboos imposed by the Franco regime, use of recreational drugs and a new sexual awakening.

His first full-length feature film was the madcap Pepi , Luci, Bom y Otras Chicas del Monton (1980) followed by Labyrinth of Passion (1982), starring hopeful young Malagueno actor Antonio Banderas in his  film debut. Laws of Desire made headlines for both men five years later, when the director cast Banderas as the gay lead, requiring him to engage in his first man-on-man screen kiss.

Almodóvar continued his avant garde explorations with What Have I Done to Deserve This? (1984), Dark Habits (1984) and Matador (1986) before his big international breakthrough, the comedy Women on the Verge of a Nervous Breakdown (1988).

His 1980s films are among the classics of ‘queer cinema’, as it was coined – overtly provocative and intensely sexual – although while gay himself, the director always avoided being labelled specifically as a gay filmmaker.

Penelope Cruz, another ‘staple star’ of his movies, first worked for him in Live Flesh (1998), following it up 12 months later with All About My Mother. It went on to win Almodovar his first Oscar for Best Foreign Language Film, presented by an emotional Banderas and Cruz.

The film also swept the board at the ‘Spanish Oscars’, winning six Goyas including Best Film, Best Director and a Best Actress for Cecilia Roth.

Almodovar scooped a BAFTA, a Golden Globe and a Best Screenplay Oscar for the 2002 film Talk to Her, based on the relationship between two men visiting women in comas, now ranked among the world’s top films of the decade.

Almodovar is especially known for scripts that are intricate, intimate and connected, featuring marginal characters and storylines that are subversive and defiant but also overwhelmingly human.

Like almost no other director, he has created his own distinctive cinematic world in which the strangest events seem to make sense and the most outlandish combination of characters – transvestites and bullfighters, nuns and prostitutes – become familiar.

In June this year, Almodovar was awarded one of the ultimate accolades: an honorary doctorate from the University of Oxford.

Of course, he reacted with humour, commenting on the scarlet doctoral robes: ‘I thought it was a Sister Act parody.’

His 20th film, Julieta, based on three short stories by Alice Munro, charts the life of one woman starring Emma Suarez as the middle-aged Julieta and Adriana Ugarte as her younger self.

The narrative is structured as a flashback, encompassing a love triangle, tragedy and Julieta’s subsequent retreat into isolation.

A break from the melodrama mould, Almodovar says that this time he was reaching for ‘pure drama’.

“Nobody sings, no one talks about cinema and there’s no humour. I had to force myself there; sometimes during rehearsals the odd comic line would come up, which was a relief for the actors. But after the rehearsals, I decided, no humour. I thought it was the best way to tell such a painful story.”

The adaptation was originally titled Silence and intended to be in English, starring Meryl Streep. Ultimately, the director felt it should be set closer to home.

“It’s not a faithful adaptation, but once I moved it to Spain, I had to make it really mine,” he said.

Critics have noted the film’s more serious and reserved style, which Almodovar admits may be the effect of his current mood and Spain’s economic crisis.

“Reality always filters through into my films, even when I try to reject it,” he says. “It finds a crack to seep in through. The climate of the last four years in Spain has been of enormous unhappiness and even though I haven’t personally suffered from the harshness of the economic situation, I’m surrounded by people who have. I don’t think Julieta is a metaphor for Spain today but it’s no accident that my 80s films were much happier.”

“It was a decade full of passion, full of freedom and it was a big explosion, it was a unique moment in the history of my country.”

Premiered in Spain on April 8, and across the UK during the last week in August, it will go on general release through autumn.

One of Almodovar’s most seminal works is all about finding family and identity. It tells the story of Manuela, who works in a hospital in Madrid teaching young doctors how to ask bereaved relatives’ permission to donate their dead loved ones’ organs. When her own 18-year-old son dies in a tragic accident on his birthday, roles are reversed and Manuela is pushed on a journey to find her son’s father. Cecilia Roth plays the grieving mother with Penelope Cruz as a pregnant, HIV-positive nun and the scene-stealing Antonia San Juan as Agrado, a witty and warm transsexual hooker.  Funny and sad, bleak and colourful all at once, it’s not difficult to see why this is such a popular Almodovar film.

Gloriously irreverent yet intensely compassionate in the Almodovar style, this widely-acclaimed film follows the dual stories of two women in comas, Alicia (Leonor Watling) and Lydia (Rosario Flores), and the two men who love them, Benigno (Javier Camara) and Marco (Dario Grandinetti). Again, the filmmaker balances melodrama with black comedy while grounding the film in the loneliness and love that can exist between a man and a woman. Although Almodovar is known for his complex portraits of women, here he paints an unforgettable picture of the two male protagonists.

Arguably Penelope Cruz’s best performance with long-time collaborator Almodovar, or any other director for that matter. Cruz received her first Oscar nomination for her role as Raimunda, a working-class woman forced to extreme lengths to protect her 14-year-old daughter Paula. Raimunda and her sister head to their childhood home for their aunt’s funeral, where they must deal with the return of their mother in ghost form and the corpse of the man believed to be Paula’s father. This is a film with a lot to say that could so easily have gone wrong but Almodovar manages to turn it into one of his most mature films. It is the purest example of his strong sense of family and motherhood, with heartbreaking revelations uplifted by humour.

Women on the Verge of a Nervous Breakdown (1988)

The movie that made Almodovar an international star. Blending his early outrageousness with the accessibility of his later films, it is probably the best entry point into his work for the Almodovar uninitiated and, true to form, it’s about women. “Women are more spectacular as dramatic subjects, they have a greater range of registers,” says the director. The film focuses on Pepa, a professional movie dubber who learns much about herself and her married lover as she tries to find him when he unexpectedly leaves her. The film was so popular it was adapted as a musical. 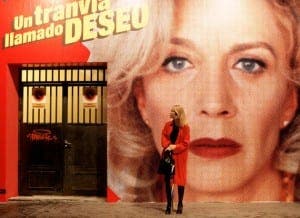 An intense psychological thriller, and something of a departure for the director. A top plastic surgeon haunted by the death of his wife creates a synthetic skin that is able to withstand burns and bites, using a captive woman as his lab rat. Antonio Banderas, in the lead role, maintains the emotional intensity throughout. The film lacks the comic relief of most of Almodovar’s work but is stylistically exceptional, with a great twist in the tale. The director has described it as ‘a horror story without screams or frights’.

What does each way mean in horse racing?