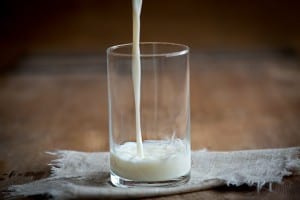 FROM giving a milk to having bad milk to going at full milk, leche is one of the most useful words in Spanish.

Despite the fact that Spaniards have a much lower consumption-per-capita than the UK they are, idiomatically at least, obsessed with milk.

The Spanish Royal Academy, the organisation charged with safeguarding the Spanish language, lists more than 40 idioms using it – none of which have anything to do with the white stuff.

Read on to learn some of the most useful leche expressions – but be careful!

Some phrases have several contradictory meanings, depending on the context… 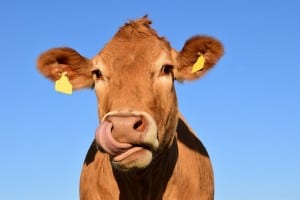 This means to be in a bad mood, or to be bad tempered. The expression harks from the days when people believed that babies inherited personality traits through breast milk, which is why wet nurses were carefully selected in order not to pass bad milk on to babies.


An action undertaken ‘with bad milk’ means that it was done with bad intentions from the beginning. Subtly different to the above, the two meanings can easily be confused when referring to a person: context will dictate whether they had a bad temper or bad intentions.

On its own, mala leche can mean bad luck. So ‘¡Qué mala leche tiene!’ Can mean ‘What bad luck he has’. As the Spanish way to call someone lucky uses the verb tener, this can be easily confused with the first point by foreigners. Not by Spaniards however, who always seem to know which meaning is intended at any given time. 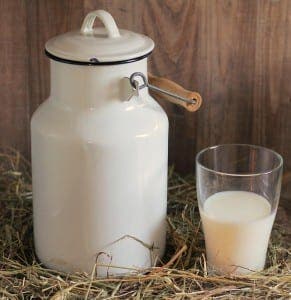 In this sense, mala leche means bad blood or ill feeling. So ‘hay mucha mala leche entre él y su hermano’ means ‘there is a lot of bad feeling between him and his brother’.

Ser la leche (to be the milk)

Confusingly, this phrase can mean either to be really good or really bad. So if a new phone is ‘la leche’, it is very good, but the same phrase could be used to condemn an old phone that keeps breaking. When applied to a person (‘¡eres la leche!)’, it can mean almost anything. For example, ‘he thinks he is the milk’ (‘se cree la leche’) can be translated as ‘he thinks he is all that’.

A toda leche (at full milk)

La leche de (the milk of) 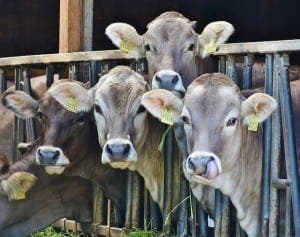 This means a lot of something. So ‘saber la leche’ about a given subject means to know a lot about it, while to be ‘la leche de listo’ means to be very clever, and ‘hace una leche de calor’ means that it’s extremely hot. This can also mean a lot of nothing, so ‘no sabe ni la leche’ translates as ‘he doesn’t know anything’.

De la leche (of the milk)

An expression of surprise, that could be translated as ‘what on earth?’ or the more vulgar ‘what the hell?’, depending on context. For example ‘¿Qué leches haces aquí?’ can be translated as ‘what on earth are you doing here?’ or ‘what the hell are you doing here?’ This structure also works with other questions such as ‘¿cuándo leches…?’ (‘when on earth?’) and ‘¿por qué leches?’ (‘why on earth?’). 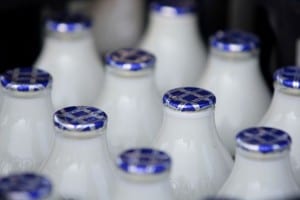 This exclamation can mean anything from shock, wonder or surprise to annoyance, and listeners are expected to understand depending on the situation. It can also be used in the singular, as Spaniards exclaim simply ‘¡leche!’ Milder than an expletive, in this context it can be translated as anything from ‘for heaven’s sake!’ to ‘goodness!’ to ‘well I never!’.

Toda esa leche (all that milk)

Dar una leche (to give a milk)

To slap, hit, smack or punch someone. For example, ‘¡te voy a dar una leche!’ means ‘I am going to slap you!’

Darse una leche (to give oneself a milk) 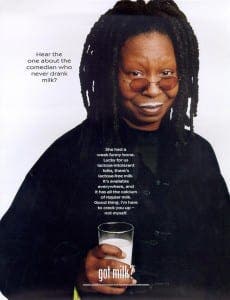 When reflexive, this expression means to hurt oneself accidentally by bumping or crashing into something. For example, ‘Andrea resbaló por la calle y se dio una leche’ means that Andrea slipped and fell on the street, but ‘Andrea se dio una leche con el coche’ means she had a crash in her car.

Cagarse en la leche (to shit in the milk)

Spaniards idiomatically defecate on everything: from God to your mother to the salty sea, so it seems only fitting that milk should be included in this list. The expression is used to express anger and frustration, and it again harks back to breastfeeding (the original phrase meant ‘to shit in the milk that you were fed’).