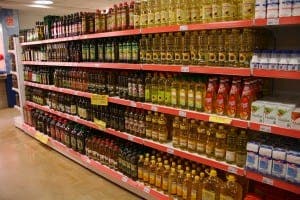 EUROPE is still reeling from the recent vegetable crisis.

But experts have warned that things are about to get worse, as the next crisis in food supply will be a global olive oil shortage.

A hot and dry summer in Spain led to the worst harvest in nearly 20 years this year.

Italian production is also suffering, as an outbreak of Xylella fastidiosa bacteria has infected more than a million trees and decimated the crop.

Prices are rising in the UK as well, with the head of the UK’s best-selling olive oil brand, Filippo Berio UK, warning that the price of the Spanish import could increase by up to a third more this year.