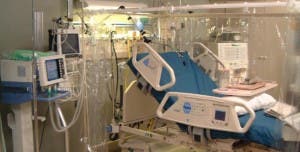 THE daughters of a man who tragically died due to misdiagnoses are lodging a complaint against Clinico Universitario hospital in Malaga.

Andres Martinez Chica died of heart failure at the age of 74 after almost two months in intensive care.

When he initially felt unwell he was told he was suffering from a common cold and sent home.

However as his health worsened his daughter took him to A&E, where he was told his chest pains were caused by a bad cold and prescribed antibiotics.

Two days later however, he was taken to hospital again where doctors diagnosed him with lung cancer.

He was then transferred to intensive care where he sadly died.

Staff involved have extended their greatest sympathies to the family and the hospital is reviewing the case to find out the cause of the fatal errors.