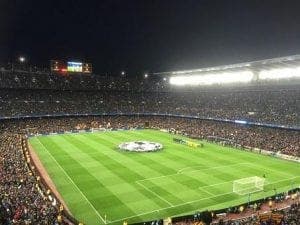 The Champions League and Spain have gone together like Tapas and Sangria in recent years, with the countries clubs enjoying a real purple patch in Europe’s Premier club football competition. Real Madrid have won the last two competitions and with Spanish clubs having lifted the trophy five times since 2010 it has been a very happy place for Spanish clubs to play.

This season however things have been a little tougher with Real Madrid coming second in their group behind Tottenham, Sevilla scraping through in second in their group behind Liverpool and Atletico Madrid failing to make it out of a group that included 2012 winners Chelsea. The only Spanish club to get out of their group as winners was Barcelona and even they endured a painful draw against Olympiacos. With the news that FIFA have written to the Spanish FA to warn them about political interference, it has not been a great time for Spanish football of late but hopefully the tide will turn soon.

At the start of the month the three remaining sides found out who they would face in the Round of 16 of the Champions League which each Spanish side placed into a match up with a great deal of intrigue surrounding it. There are a number of narratives and a good balance in each tie and they will be fascinating to watch when they come around in February. If you are looking for something to keep you entertained until then check this website. It has the best offers for free casino spins and gives you the chance to play all kinds of fun casino games that can keep you occupied while La Liga goes into its winter break. With such interesting Champions League ties on the horizon we thought we would preview the two matches that have pitted Spanish sides against English teams.

Perhaps one of the most narrative filled and historically eventful ties since the Champions League took over from the European Cup in the early 90’s. During the late 00’s and early part of this decade, Barcelona and Chelsea played a number of epic matches. The games have been chocked full of controversy, brilliant play and moments of magic. This period began in 2005 when the sides faced off at the same stage as they will in February. Barcelona beat Chelsea 2-1 in Spain but were beaten 4-2 in London by a superb Chelsea side. Controversy reigned after the first leg when then Chelsea manager Jose Mourinho accused Barcelona of putting pressure on the referee in his dressing room.

The eminity between the sides grew even larger in 2009 when they met in the Semi-Final in a match that has gone down in infamy. After a dull 0-0 draw in Spain Chelsea took the lead in London and over the course of the rest of the match were denied a penalty despite four appeals that all looked like they should have been given. Barcelona scored a last minute goal to take them through to a final they would then go onto to win. In 2012, again in the Semi-Final, Chelsea won at the Bridge and then withstood mountains of pressure (including a missed Barcelona penalty) and a John Terry red card to secure a 2-2 draw and a place in the final. If this tie is half as good as those matches it should be amazing. 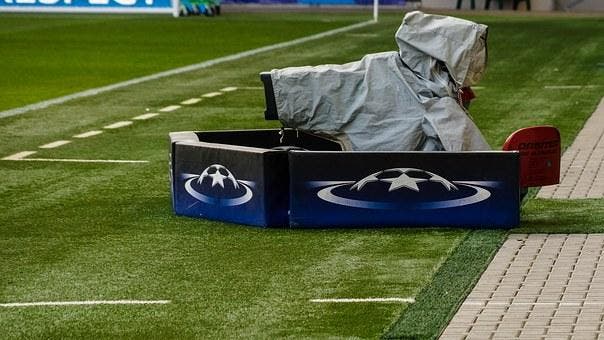 Before reaching the Round of 16 last year, Sevilla had an iron grip on the Europa League that saw them win three titles in a row. The first side to succeed them and win a Sevilla-less Europa League was Manchester United with Jose Mourinho’s side defeating Ajax in Stockholm to lift the trophy. Neither of these sides are having quite the domestic season they would like but both have performed pretty well in Europe.

Manchester United looked in cruise control as they topped their group and have a great array of talent in their side with Rashford, Pogba and Lukaku all primed and ready for a push into the deeper reaches of the competition. Sevilla will go into the match as underdogs but as they proved by coming back from 3-0 down to Liverpool to secure a 3-3 draw, they are no pushovers. This should be an excellent tie either side could win.