SPAIN is not historically famous for its kindness to animals.

While most Spaniards today love animals, there are still pockets of the country where strange and sickening rituals see our furry friends suffer torturous treatment or death – just for the fun of it.

Every year, Spain’s bullrunning traditions receive international condemnation, and support for the bloodsport among its citizens is declining.

But an estimated 60,000 animals die horrific and lingering deaths every year in Spain as part of tradition fiestas – a shameful toll of torture.

Below we have rounded up seven of the country’s most sickening practices which must be stopped.

The Burning Bull festival sees a bull’s horns set a alight before it is made to run through the streets in a frenzied panic.

A petition calling to ban the event, which runs in Foios, Valencia, each year, has garnered more than 180,000 signatures.

It comes after video of a bull at last year’s event showed it running into a post and dying immediately upon impact.

The bloodsport dates back 400 years and locals say it is an intrinsic part of their culture.

The Pero Palo festival in Villanueva de la Vera, western Spain, sees a donkey dragged through the streets as locals chant and attack the animal with fireworks, cowbells and sharp objects.

The donkey is then locked in a shed, if it has not died from exhaustion or from its injuries.

The event is said to reenact the arrest of a town rapist who was caught and paraded through the streets on a donkey before he was stoned to death.

Rape of the Beasts

The Rapa das Bestas festival is a 400-year-old tradition in Galicia that is described as ‘terrorising horses’. On one summer afternoon, locals chase herds of wild horses into village streets. The horses are wrestled by weekend warriors who clip their manes and tails before branding them.

At the end of each hare hunting season, hunting dogs or galgos are found hanging from trees or stuck to fence posts.

Thousands are thought to be bred and murdered each year. There have been reports of some dogs being stoned to death or set on fire.

Every year in Valencia, week- old baby quail are gathered to be launched from a specially-made bird-cannon.

After being fired into the air they are blown to pieces by locals wielding shotguns.

The primitive form of clay-pigeon shooting is, thankfully, waning in popularity but still manages to draw crowds.

For 350 years, residents in Lekeito have been decapitating a live goose to celebrate their patron saint.

A rope is strung across the harbour and a live goose is hung upside down by its feet from it.

Boats then pass underneath it as locals try to rip off its head.

Following animal rights’ outrage, the bird is now killed before it is strung up.

Although prohibited since 2002, locals have been threatened with €15,000 fines for trying to defy the ban in recent years.

On the fourth Sunday, every January, young men in Manganeses de la Polyorosa would throw a live goat from a bell tower.

A crowd below would then try to catch the goat with a sheet.

If the goat survived it would be drowned in a fountain. 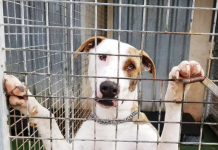 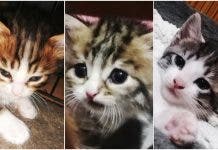 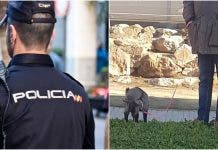 Male prostitute leaves house for sex work during coronavirus lockdown in Spain before telling police it was ‘essential’ while another fined for walking a...