My husband, coated in mud is standing on my doorstep which is actually physically impossible 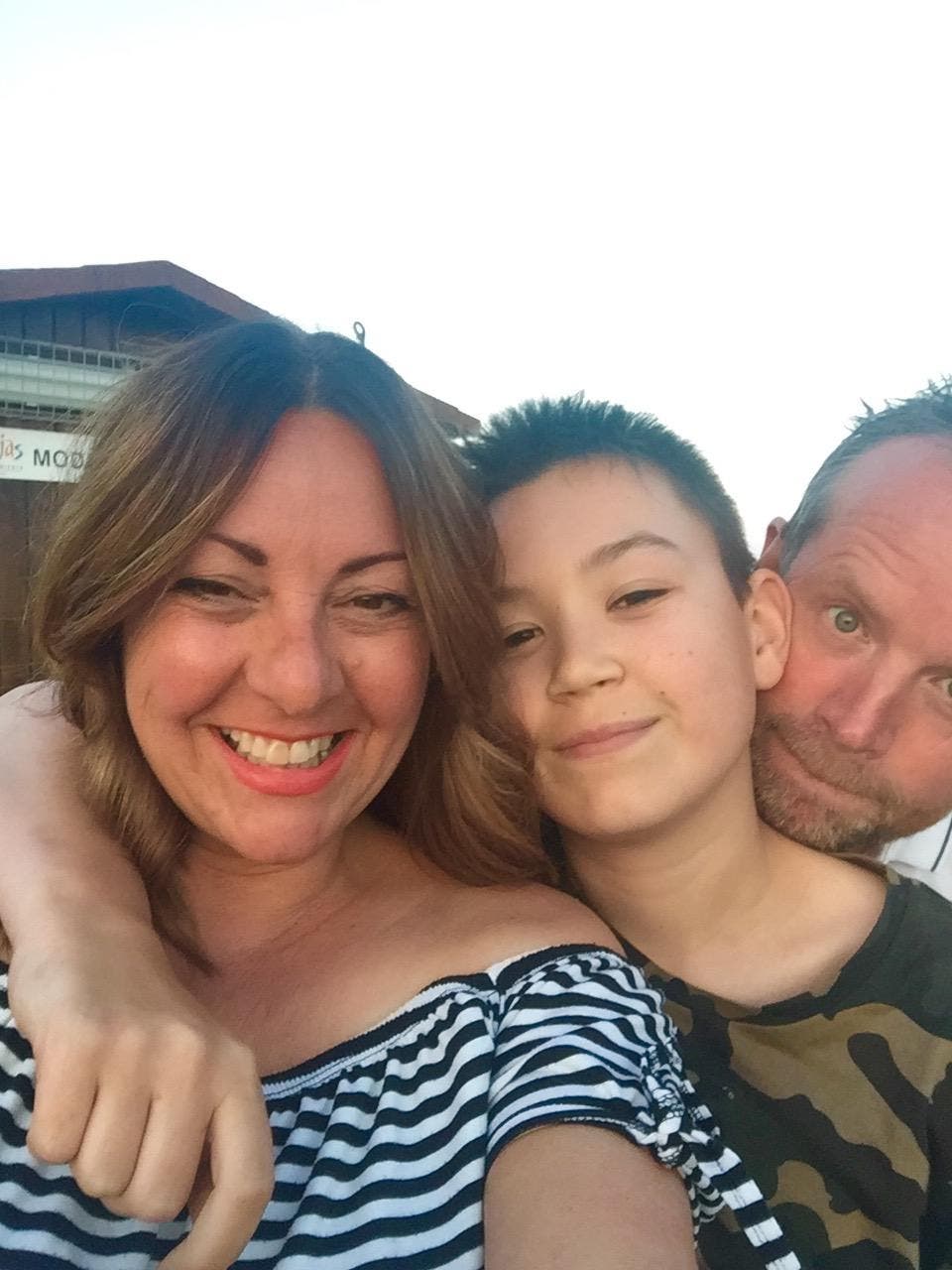 unless he is the latest companion of Tom Baker. Pressing my face up against the window I look for a Blue Police Box but all I can see is the velvet sky. The man I’m married to only left the UK via our ancient Jeep this morning and as far as I am aware, time travel was not mentioned once in our courtship.  I take a step back and rub my eyes.  This dream is extremely realistic, I can even feel the wooden floor creaking beneath my toes as I head back up the stairs to bed.

‘Mum, stop being a div, let dad in!  He text me and asked me to keep it a secret.  He didn’t leave Hastings this morning, he left yesterday afternoon after dropping us off at that crappy Gatwick hotel. While we were sleeping he was driving across France!”

I stop dead in my tracks and turn around.  Brian, the dog is standing outside next to his jaded master, wagging his tail and looking wistfully up at the door handle.  I decide to throw caution to the wind and let both apparitions in.  The hairy one greets me with his usual kisses and slobbers gratefully over my outstretched hand but I hastily avoid the lips of my spouse as he smells distinctly of stale coffee and animal poo.  It transpires that on entering the drive, my other half tripped over several dozing goats and went face first into their ablutions.  I try not to laugh and fail dismally 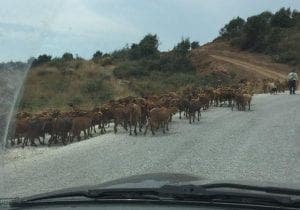 Placating the man child with a mug of something hot and sweet I spend the following 30 minutes running around after our dog that appears intent on weeing on every piece of wood in the house.

After the men folk are showered I manage to find some pasta and a red sauce in the cupboard and throw together a meat free Bolognese that for once, no-one complains about.  Bleary eyed and slightly delirious we all head upstairs to bed, exhilarated and exhausted in equal measures.

I am awoken just before the sun has chance to rise by the sound of several dogs barking, 403 birds singing, a Rooster yelling and a husband snoring.  Turning to look at my watch I see it’s almost 6am.  Lying in bed looking at the ceiling I decide it’s no use even attempting to go back to sleep so I head downstairs to put the kettle on.

The sun is streaming through the windows and I open the patio doors to let the dog out and the warm breeze in.  Stretching, Brian heads outside and sniffs the air and ambles off into the brush.  Seconds later he is back indoors and hiding under the table.  I cajole him out with a biscuit and he stands shivering, staring at the brush and wining, Hobnob untouched.  I drag my flip flops on and go out to investigate as to why a hound that should be programmed to round up sheep is currently trying to crawl under the fridge.

I wander the perimeter, gently humming to myself.  I shake my head and smile, there’s absolutely nothing here to be afraid of, that dog is as yellow as…. oh!

Mingled in amongst the weeds is a tiny tortoiseshell kitten.  Only something isn’t quite right.  I take a step back and tilt my chin.  It takes a few seconds to realise what’s wrong with the tiny corpse.  It has no head, just a little furry body of about 8 weeks old.  It’s 6am, I’ve not even had anything with caffeine in and already I’m staring at a decapitated pussy.  I look around and instantly I see another striped body further down the embankment. This one has it’s head intact but is also motionless.  Within seconds I spot another sibling, also dead with puncture marks to its chest.  Three dead cats.  It’s like a sadistic nursery rhyme penned by a juvenile Steven King.  I stagger back into the house and pelt up the stairs to awake my sleeping partner.

“Marcus…  MARCUS!!  There are three dead cats in the garden and one has no head!!!’

My husband, never the earliest of risers mumbles something about Winona Ryder, laughs, farts and promptly starts snoring again.  I sigh; shake my head and return downstairs insearch of some gardening gloves, resigned to my task ahead.

And so, this is how you will find me at 6.13am on a sunny Saturday morning. I’m the slightly overweight middle aged woman staggering about on the gravel drive clad in an ‘I love Disco’ Onesie, clutching a bin bag in one hand and a trowel in the other.  It wasn’t the welcome I expected on my first morning in Spain but it’s one I certainly won’t forget.  Now if you will excuse me, I have three small bodies to bury. 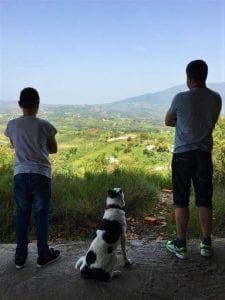 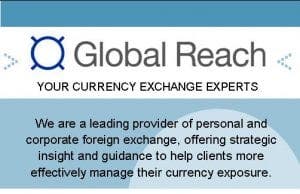