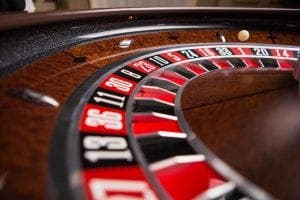 The online gambling industry in Spain is rapidly gaining traction. The Local (Spanish Edition) reported that the niches gross annual revenue hit $678 million in 2017 and will continue to increase up to 9 figure revenue according to expert predictions.

The rapidly expanding list of online casinos which accept players from Spain is the clear evidence that the niche is in fact booming. What caused such a resurgence of interest in gambling and sports betting among Spanish? Some point to recent changes in the tax policy as a cause, the others say that the country is finally adopting gambling, although belatedly.

Whose opinion is the closest to the truth? Let’s figure it out.

As we mentioned above, the gross annual revenue comprised $678 million in 2017. For comparison: the same indicator of 2016 reached $514 million, according to the annual reports of the Directorate General for the Regulation of Gambling (DGOJ). Thus, the gross revenue increased by 31.9% in the past year, while the increase for 2015-2016 period was only 22.9%. A growth rate of the industry is indeed skyrocketing.

Speaking of the quarterly results, in the Q4 of 2017 online gambling and sports betting generated $203M of revenue what is 23.5% more than in Q3. However, sports betting is the most popular among gambling-related activities in Spain and brought over $121M out of this number.

The dominant casino products are roulette (including live version) — made 34.4% of total casino revenue, and slots — made 52%. Even though slots seem to be more lucrative, roulette demonstrates higher spending rates.

The least promising product is poker with revenue growth of only 5%.

Spain is about to cut taxes for the majority of online gambling forms from 25% to 20%. This decision was announced at the beginning of April 2018. The new arrangement will reinforce Spain’s position at European gambling industry and attract more licensed operators to the local market.

Let’s finally get this straight: tax cut proposed by the Spanish Parliament is the consequence of the rapid market growth, not its cause. And the increase of the online casinos accepting players from Spain is a quite small wonder after this announcement.

Expert Predictions — Total Profits Will Hit More Than 1B by 2023

Figures continue to scale up exponentially. Reputable advisory and investment company Ficom Leisure predicts the further growth of $1.22B to $1.84B in the 3-5 years period, although the market is far from being saturated. The agency is drawing their forecast on the current dynamics displayed in the DGOJ annual reports.

Also, the company’s representative Jacob Lopez Curciel emphasized a two-pronged impact of government’s interest in the Spanish online gambling industry. On the one hand, tax a cut is good news, on the other — too much regulation can scare off potential partners and make market entry more costly for gaming providers.

Curciel considers horse betting as a promising direction to expand for Spanish gambling operators. This product has also proved itself as a fast-growing part of the industry.

So what does all this mean? An online gambling and sports betting market still offers a lot of opportunities for owners of industry-related businesses. The entry barriers are still not as high as in UK or France and will remain relatively low until the market will ripen.

Experts deem that the positive trend in this industry may have a positive impact on the Spanish economy in general. As you remember, Spain we’re going through trying times during the past decade. For example, the unemployment rate in Spain reached 26.94% in 2013. In the Q1 of 2018 it, comprised 16.56%.

Things are starting to go right, and the online gambling plays not the last role in this process. Such a jump of the market is a great sign of overall economic revival.