When it comes to sports, any sport that is, Spain is found there and thereabouts at the top of the rankings in terms of participation and sporting prowess. While this is public knowledge, we decided to get a bit deeper into sports in Spain to find out which sports have the most following. Note that the findings in this article come from TV viewership information i.e. the most watched sports on TV in Spain. You can visit feedback online casino in the comfort of your own home to live stream some of Spain’s sports games as well as partake in sports betting. 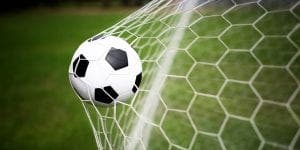 Football easily ranks as the most followed sport in Spain. From the data retrieved from the Spanish Television Channels, football is watched by 69 percent of the population. It’s not really difficult to see why football commands such a huge following in the country. First of all, Spain is home to two of the world’s most popular football clubs in Real Madrid and Barcelona. These two clubs have a great rivalry which dates back many years. Due to their rivalry and financial muscle, these clubs attract some of the best footballing talents in the world, talent which in turn attract huge spectators. The Spain national football team is also a pride of the Spanish people. In recent years, it won consecutive European Championship titles and also the World Cup hence attracting even more followers.

Tennis is another sport which commands a huge following in Spain. According to the data retrieved from the Spanish Television Channels, tennis is tied with Formula 1 as both are watched by 8 percent of the population. There are two main reasons why tennis is followed by a large percentage of the population. First of all, Spanish tennis has grown in stature in recent times. At the turn of the millennium, Juan Carlos Ferrera and Manolo Santana became dominant figures in world tennis and as such pulled huge crowds to the sport. When they retired, Rafael Nadal took over and started dominating world tennis winning several Grand Slams and major titles to this day. Secondly, Spain hosts two main ATP tournaments in Madrid and Barcelona and as such, they act as catalysts in attracting fans to tennis

Formula 1 is tied with tennis in the second position as it is watched by 8 percent of the population. There is one man who is credited with making Formula 1 popular in Spain i.e. Fernando Alonso. The Spanish cult Fernando Alonso won consecutive World Championships in 2005 and 2006 and dominated the sport for many years later. Alonso’s impressive outing in Formula 1 made many Spanish citizens start watching the sport.