THE SPANISH are the least culturally arrogant race in Europe.

Only one in five Spaniards regard their traditions and cultural exports as superior to others. Carried out by the Pew Research Centre between 2015 and 2017, the study found that only 20% of Spaniards believed their culture was ‘superior’ to others. This compared to a shocking 89% in Greece, and 47% among their neighbours in Portugal and 46% in the UK. Following the surprising news, the Olive Press picked out 10 cultural traits that debunk the stats:

As any global gourmet will tell you, Spanish cuisine is up there with the best. And we’re not just referring to the famous Mediterranean diet (see below), that is helping to maintain the Spanish as the second longest living race in the world. Globally famous chefs including David Munoz, Eneko Atxa and Martin Berasategui not only hold three Michelin stars here in Spain, but have their own restaurants in the global food capital of London. And in addition, the country that made tapas go viral is also home to some of the best wines in the world in Ribera del Duero, Rioja and, of course, in Jerez, where according to the world’s most famous wine critic Robert Parker, there are half a dozen 100 out of 100 wines. And let’s not forget jamon Iberico, bluefin tuna and Sanlucar prawns.

Ask anyone in the world to name a great artist off the top of their head and Picasso’s name is likely to come up first. And what about Goya and Velazquez and 20th century creatives like Dali and Miro? The history books are bulging with Spanish artists and writers, such as Cervantes, the so-called Spanish Shakespeare who is considered one of the greatest writers of all time. Don Quixote? Hmmm, who hasn’t heard of that. Then there’s impressionist painter Joaquin Sorolla, composer Manuel de Falla and hip designers like Alejandro Palomo and Balenciaga. 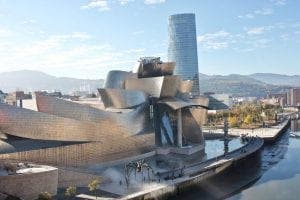 The Romans started it and the Moors continued the tradition creating wonderful architectural masterpieces in Spain. Granada’s Alhambra Palace, Cordoba’s mosque and Sevilla’s cathedral, the third largest in the world, are among the treasures on offer, while the country’s 20th century creativity has left Bilbao’s Guggenheim Museum, the Metropol in Sevilla and the Oscar Niemeyer Cultural Centre  in Avilés.

The Iberian Peninsula has an incredible heritage from the Tartars to the Greeks and the Romans to the Arabs … every one of these civilisations has left its mark on Spain. From culture to entirely new towns, visitors have made Spain diversity personified and all Spanish people have a little bit of their DNA. That may be why Spain is the only place in the world where the three monotheistic cultures cohabited peacefully: Christians, Muslims and Jews back in the days of Al Andalus. Our culture went on to found the amazing cities of Los Angeles, Miami, Mexico City and Buenos Aires and Spain was once known as the ‘Empire where the sun never sets’ for its vast colonies stretching east to west.

The Inquisition aside, Spain’s diverse history has made it one of the most tolerant countries not just in Europe but the world. It was the fourth country to legalise gay marriage, with 77% of Spanish in favour of it. Unlike Germany or Hungary it is also one of the most tolerant towards Muslims. One of the biggest Jewish communities in Europe is on Costa del Sol and the extreme right has almost no political representation, despite an alarming worldwide growth trend. We can even make jokes about our national flag!

Spaniards have one of the longest average life expectancies in the world, at 83 years. And there have been many eminent studies into what keeps us so healthy. The long list includes the Med Diet, the low suicide rate and the excellent health service, with hospitals making major breakthroughs in genetics and transplants. Spain invests €1.000 million annually on cancer research. The great weather also has an influence, creating outgoing citizens who enjoy busier social lives. While the streets of northern Europe are dead past 22.00, Spain’s are full of life.

The Spanish have always been well aware of their rights and have fought bravely to achieve them. The Second Republic in the 1930s, for example, was one of the first governments to give women the right to vote, thanks to activists like Clara Campoamor. Students and workers struggled against Franco’s dictatorship but even after democracy, people gave their lives to achieve the status of Autonomous Communities for their regions. The birth of the 15M movement which caused a political earthquake, questioning the bipartisan model, shows what Spaniards can achieve.

A road trip throughout Spain shows us a land with thousand faces: the dense forests of the Basque Country and Galicia, the majestic mountains of Asturias and Catalunya, the bright blue Costa del Sol sea, the vast plateau of Castilla La Mancha, the lunar landscapes of Almeria … the list goes on. The country also has the world’s rarest wildcat the lynx, while boasting flamingos, wolves and Griffon vultures. It also has the largest area of protected parkland in Europe.

Many Spanish inventions have become household names, including the famous candy ‘chupa chups’ and the mop. But did you know the wheelchair also has Spanish DNA, and the disposable syringe. The first submarine was also conceived here in 1888. And the list goes on in the 21st century with the country helping to build the ‘desert AVE’, a train that travels across Saudi Arabia from Medina to Mecca. At almost 500 km long and running through inhospitable desert terrain, it was a major challenge.

Flamenco may well be the best-known genre of Spanish folklore and while it deserves the spotlight, there are others that should take a bow. Every region has its own identity, manifested in its diverse folklore: these include the ‘Castells’, or human castles from Catalonia, the ‘Jotas’ in Aragon, and the celebrated ‘Carnaval’ in Cadiz. 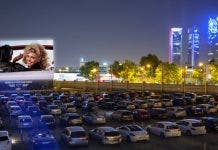 Kirsty Mckenzie - 26 Feb, 2021 @ 15:00
QUEEN Letizia showcased her signature stylish flair as she attended the opening of the Museum of Contemporary Art on Thursday.