I know what you guys are thinking right now. The idea of Real Madrid winning the La Liga is laughable let alone the Champions League. But larger deficits have been recovered in the past and Champions League winner has not always been the best team necessarily.

The loss of Ronaldo and Zidane was a big loss for the club in terms of stability. Julen Lopetuegi’s uninspired management set them even further back. The period of turmoil hugely affected betting on the games and punters were left scratching their heads. But now things are on the up again and punters will surely benefit from exciting offers such as enhanced odds, free bets, etc.; you can find them all here and maximize your winnings as Real Madrid find their feet.

Football betting is all about knowing how to mix knowledge of the game with luck. Unlike other forms of gambling, football betting isn’t just about rolling the dice and hoping for the best. Rather, by understanding the teams, understanding the sport and understanding the trends and the ebb and flow of a Championship League tournament, you can make smart bets by ether choosing a safe bet (as Real Madrid are on their way to becoming) where the rewards aren’t huge but you can feel safer betting a decent amount of money on, or you can choose a riskier bet, where you bet a more modest amount of money on teams with the odds stocked against them in the hope that lady luck comes into play and the pull out a victory where you least expect it.

The current status of Real Madrid is all but made for some seriously exciting betting. They have been doing terribly so far so the odds are very firmly against them but, because of their track record, there is reason to have some hope that they may make a comeback. What this means is that placing even a very modest amount of money on their winning the double can reap gigantic rewards. It’s a risk to be sure but between the odds being seriously stacked against them and that they are still one of the greatest football teams on the planet so it could be a very smart, strategic bet. Best of all, because of the major payouts, you can be very responsible about how much you want to place on Real Madrid pulling a serious comeback.

Here we enumerate the reasons why we think Madrid can win the double.

For majority of his stay in the Spanish capital Bale has remained under Ronaldo’s shadow. Ronaldo’s record was prolific and hence everything Bale did was undermined. But given Bale’s injury record it is impressive that he is only five goals short of his 100th for the club.

He is applauded for the breathtaking goals he scores in crucial moments but when things are not going well he becomes an easy target for the Madristas and the press.

There is no doubt that Bale is the best goal scorer in this team at the moment. We saw a glimpse of his ability in Madrid’s last game against Huesca. When the team plays well he plays well. When he scores they win but when he doesn’t they struggle. It has been the major problem that other forwards are failing to support Bale. Also the defenders have not been at their best which adds more pressure on the forwards.

So if the team works as a strong unit Bale can provide the extra spark that is needed in every top team.

Instead of appointing an interim manager after Lopetuegi’s dismissal, club president Florentino Perez decided to promote the RM Castilla coach Santiago Solari to the first team. Since then there have been real signs of progress. Despite his lack of experience he is managing the club very well. But he has not won anything as of yet.

There have been talks that Real Madrid is looking to appoint either Jose Mourihno or Joachim Low in the summer. But if Solari focuses his attention on La Copa and wins it then he will have something on his CV that will make Perez reconsider before replacing him.

Much better position than last year

Madrid was already out of the La Liga race at this point last year. But things are different this time around. Barcelona leads the league but they are not the out and out favourites to win it. Despite Madrid’s stuttering start they are only five points off the top of the table.

A fourth straight Champions League will be difficult but still achievable. Agreed that they have lost Ronaldo and his hunger to win games at the death but Madrid have played wonderful football in Europe and already won their group with one game to spare.

All this is very speculative but not very far from reality. 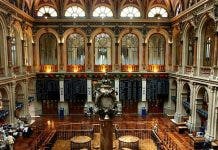 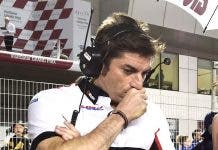 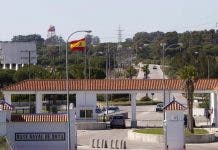