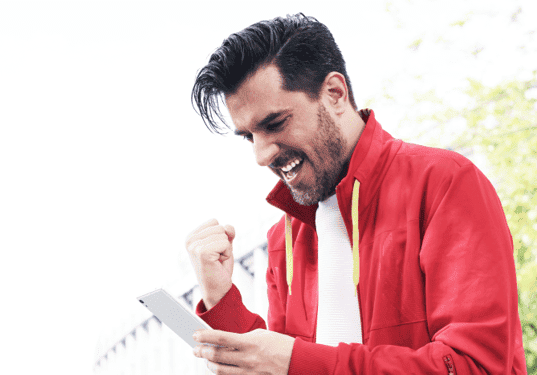 It’s no secret that the Spanish economy has been having a hard time recently. And, although the country weathered the financial crisis that gripped the world in 2009, some of today’s economic indicators still make for unhappy reading. For example, over 10% of the population live under the poverty line and youth unemployment is running at over 30%. Many business sectors are also in stagnation. However, one notable exception to this is the gambling industry, which goes from strength to strength – particularly in the field of online gambling.

It may be that the economic hardships being suffered by many are what are turning them to gambling as a money-making exercise. But, whatever the reason, the figures speak for themselves. With a population of 46.5 million, an estimated €1.9 billion a year is spent on gambling – equal to around €480 per head and an amount that is the equivalent of 15% of the average household income.

How the Spanish gamble

In fact, Spaniards have always been big fans of gambling – even during the Franco years, when it had to be carried out in secret for fear of severe retribution. But today it’s all (mainly) above board and the most popular form of gambling is the state national lottery run in aid of charities and the Catholic Church.

Many major streets have vendors selling tickets and, the year’s biggest draw, El Gordo, which is held at Christmas, always sells out of tickets well in advance, even though they cost €200 each. It’s so popular because it’s a sure-fire millionaire maker. For example, in 2017 transformed the fortunes of a group of bar customers in Galicia to the tune of €200 million – really giving them something to celebrate over the festive season.

In terms of land-based casinos, there are around 20 in the country, including one in Gibraltar. The rest are either located in major cities like Barcelona or Madrid or in the tourist destinations like Marbella. Looking to their online alternatives, there’s also a thriving sector here too.

For a nation that is so fanatical about sport, it’s also no surprise that betting on football is a huge business – not to mention basketball, tennis and, increasingly, horse racing. 2017 figures show that a total revenue of €560 million was raised by sports and casino games, largely by the former.

It’s also worth noting that it’s not just Spanish citizens contributing to these huge figures. Foreign visitors to the country also make a major contribution to the gross gambling yield. In research carried out it revealed that no less than 27% of Brits holidaying in the country include gambling as one of the activities that they enjoy while they’re here. The largest proportion – 42% of them – gamble between £501 and £5,000. And with a total of over 65 million visitors each year, it’s easy to see how valuable they are to the industry.

It’s a little early to tell just how successful 2018 was, but it’s widely predicted that there will have been an increase on the 2017 figures released by the Spanish Gaming Regulator Direccion General de Ordenacion Del Juego. Simply looking at online operators, these generated €678 million Euros – up from €514 million in 2016. Looking ahead, it seems like the sky might be the limit with some forecasters predicting that by 2024 the annual figure could rise to be as high as €1.8 billion a year.

A key development in 2018 was a clear sign that the government has now really started to acknowledge the importance of creating a welcoming atmosphere for gaming organisations. So last June 2018 it was decided that the tax rate for profits from gambling would be reduced from 20% to 15% in line with an EU ruling that tax policies should be anti-discriminatory and should be unified across Europe. This could be partly because some gambling operators – currently stated in British-controlled Gibraltar – might be looking to move across the border into Spain after Brexit.

Looking ahead – what’s next for Spanish gambling?

If Spain is to grow its gambling industry through 2019, it’s the online sector that will offer by far the greatest potential. It’s very much hoped that the tax cut from 20% to 15% on profits from gambling will encourage more entrants to enter this potentially very lucrative market.

With greater competition will come better and better sites, just has occurred in the undisputed world leader, the UK, where players can enjoy a huge range of engaging and immersive games that are so advanced that many feel they rival leading consumer titles. From blackjack to poker and slots, there’s an excitingly broad range of online casino games that gamblers love to play.

So what it will need is for some of the biggest operators in the field to take a long, hard look at Spain to see what they can offer which will particularly appeal to a nation that is already in love with gambling.

The other possibly very significant event of 2018 was the clearing of the way for sports betting in the USA to be legalized. Some believe that this could be the point that the US really opens up to online gambling. And if this leads to new entrants to the sports gaming market, many might also have their sights set on Spain.

How does Spain compare with the rest of Europe?

Of all the countries in Europe, the UK is the undisputed leader in terms of gambling – particularly online. Gambling Commission figures for 2016-2017 showed that the gross gambling yield was £14.4 billion, £5 billion of which was generated from the remote gambling sector. As one of the world’s most open gambling markets – where both online and land-based operators can flourish in a heavily regulated market – it’s hardly surprising that the country leads the way by such a margin.

France is another country that has a long and distinguished reputation for gambling and it’s also the country with the highest number of casino visits – around 33 million per year. However, the bulk of its casino revenue comes from land-based casinos. With high taxes and complex procedures for gaining licences in the country, France is not seen as very open to gambling as some other countries.

Until 2015, online gambling in Portugal was under the control of the monopoly SMCL but following its replacement by the SRIJ the market has become more open with many online gaming businesses moving in despite the high taxation being charged.

Spain, on the other hand, comes sixth in the list after the UK, Switzerland, Germany and the Netherlands with around 3 million visits a year. With its gambling market’s current resurgence, time will tell whether it will take the right decisions to make the most of the opportunity to expand.

As yet, this is pure speculation. But it would certainly be fair to assume that gambling will continue to be a very important contributor to the Spanish economy. It not only pays taxes, it also provides employment as well as providing an entertaining diversion for many people. And, at a time when there are so many uncertainties in the world including Brexit and its potential effect on the EU if no suitable deal is agreed, people may need all the diversions that they can find.