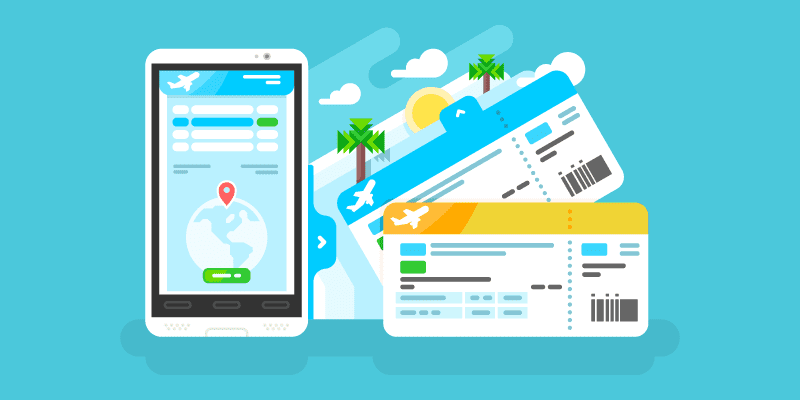 Are you thinking about a trip abroad? Already making holiday plans for the summer of 2019? Then you definitely need to consult out top list of 5 travel apps which will turn travel agents into obsolete relics of the past.

As technology evolves and grows beyond our wildest imagination, it brings plenty of perks and commodities to all aspects of our daily lives. Travelling included – of course – with a growing number of quite ingenious apps providing you with more information than any travel agent ever could.

From finding the most affordable flight to booking the right hotel, across to how to best get around at a place you’ve never visited before, these five apps will turn you into a travel pro.

When it comes to extent, not much can compare to Google. Google Trips app turns your phone into a proper travel assistant and it will do pretty much everything other than carrying your bags for you.

Stemming straight from within your emails, Google Trips will consolidate your itineraries and bookings, plus much more. You will be getting recommendations based on your tastes and preference, while it will also allow you to save trip details and other data for offline use when you’re not connected or going on a roaming route.

Google expanded into the travelling market for its 20th anniversary and with constant updates to its Trips app it most certainly looks to take out all travel-related stress for you.

Aimed towards making your airport experience as pleasant as possible, the FLIO app can help you in a couple of different ways. Travellers who are rather hard-bite when it comes to knocking the phones out of their hands will appreciate FLIO’s ability to ease off the pain of connecting to Wi-Fi.

The app will save you the trouble of running around the airport chasing for available connections but will, instead, do all of the pedestrian’s work by itself. Furthermore, FLIO will scan the airport amenities to give you a full lowdown on available discounts which can be pretty handy for restaurants on your layover time.

In the end, it also provides information about arrivals and departures in more than a thousand airports worldwide. Pretty handy, right?

Hopping out from the basket containing the likes of Airbnb, Skyscanner, Kayak, or Hotel Tonight as the most prominent members of the species, Hopper is another booking app worth noting. One thing that makes it stand out from the rest of the lot is that Hopper will really find you the cheapest possible hotels. But don’t worry, it won’t get you to the worst hotel in Spain, that’s for sure.

If Spain is your preferred choice – as it should be – it will help you find your perfect Spanish destination cost-wise and from a tourist’s perspective. It prides itself on telling you where to get your tickets by push notifications so there is not much you need to around it.

There is one thing you shouldn’t be doing during your holiday and Uber can help you with that. Do what? Get off your phones, of course! When in Spain, you should probably want to spend as little time as possible looking at the screen as there is so much to see and do. Truth be told, you’d be forgiven for doing some web surfing, social networking or even playing some of the most popular slot games during your idle hotel hours. But you’d better get out as soon as you can.

It’s fine that you don’t want to walk. It’s also more than OK if you’re unwilling to take a risk with local taxi operators with getting you to your desired location. Operating in more than 80 countries and 800 cities in the world, Uber is the absolute leader of transport and is available in Spain.

Ultimately, there is no reason to feel ashamed about your poor Spanish. Getting around in shops and with people on the streets has been made significantly easier thanks to apps such as iTranslate. It’s arguably one of the most popular translation apps out there, available in over 100 different languages.

With its impressive text-to-speech functionality, iTranslate will even recognise dialects and turn you into a local straight away. A convenient complement to it is definitely iTranslate Lingo which will help you pick up the language and learn it in without any trouble.

TRAVEL: Which two cities are the most popular tourist destinations in Spain?