A RECENT story about a Good Samaritan who was viciously attacked online after helping out a sick neighbour has revealed the personal consequences of fake news.

Usage of the term – popularised by US President Donald Trump – has risen 365% since 2016, and when focused on a single person, fake news can have a damaging impact.

The shocking part is that, far from dumping the pets which belonged to his neighbour, he collected them just minutes after making them wait outside.

This series of events was made possible thanks to a busybody with a keyboard who slammed the innocent man on Facebook where she posted a picture of his car and called him a ‘son of a b****’.

Police were even notified, tracking the accused man to his home where they discovered…two happy-as-Larry dogs, both microchipped and expertly trained.

The doggie debacle is just one cause and effect of the lies spread online.

Twitter was caught up in controversy in April after the parents of little Julen who died down a Malaga well were targeted by fake news.

The grieving mum and dad are fighting a court case against three social media users. If found guilty of inflicting ‘degrading treatment’ they could be jailed for up to two years.

On a wider scale, Facebook has been accused of allowing Russian-backed posts on its site to reach 126 million Americans during the 2016 US election campaign while Cambridge Analytica, a consultancy firm hired by Trump, was found to have harvested details from millions of profiles.

But this year Mark Zuckerberg’s €4.2 billion company hit back, pointing to research that found the amount of fake news spread through its platform had declined dramatically.

It claimed that since 2016 there had been a 75% decrease in the amount of fake news viewed by Americans.

The site insists it is ‘working to fight the spread of false news’ which it says is ‘harmful’ to the community.

But what actually is fake news? Well, that depends who you listen to.

Trump would tell you it was anything written by CNN, The Washington Post, The New York Times and maybe even the Olive Press.

Named as their word of the year in 2017, the Collins Dictionary defines the phenomenon as: ‘false, often sensational, information disseminated under the guise of news reporting’.

The key word here is ‘reporting’, implying that news organisations have a responsibility to deal with fake news.

So what is the role of journalists here? And are newsrooms still the last bastion of truth?

Local papers, like the Olive Press, have a responsibility to disseminate true information to their readership.

From a newspaper’s perspective, that is both a long-term strategy and one which achieves the main job of a local newspaper – serving the community.

In a race to the top … or to the bottom … other local newspapers which shall remain nameless, actively promote false material on their platforms.

This is something which the Olive Press is equally active against, as it not only dangerously misinforms the public but facilitates a decline in quality journalism.

A recent example of this spread of falsehood comes from another local paper’s online story that claimed police in London had warned against people speaking Spanish in public, following a rise in hate crime.

‘A new warning has been given by police officers to those who speak Spanish on their mobile phones’” the article claimed.

When the Olive Press contacted the City of London Police, British Transport Police and the Metropolitan Police to clear up the claims, all three forces categorically denied issuing such a statement, commenting that ‘no police force’ would have warned against speaking Spanish in public.

This recent example is typical of how the Olive Press operates and investigates.

We receive information, we fact-check, we report.

From time to time, the press does get things wrong. But where fake news is concerned, in this newspaper it’s a non-starter. 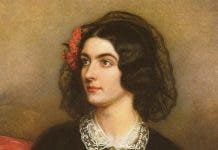 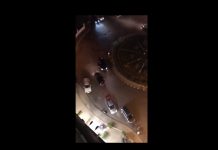 WATCH: Terrifying shootout ‘on the streets of Marbella’ goes viral… but is all what it seems?