THOMAS Cook bosses are facing furious demands to give back the millions of euros they received as bonuses, amid travel chaos with Brits stuck in Spain following the firm’s collapse.

This has left the 178-year-old firm’s 21,000 staff jobless and 150,000 British holidaymakers stranded, with Spain’s Palma de Mallorca and Canary Islands among the holiday destinations worst-affected.

But despite not balancing the books, the Thomas Cook directors received £50 million in bonuses over the last decade.

The firm’s most recent CEO, Peter Fankhauser – who apologised for its collapse on Monday – raked in £8.3m during his time in the top job.

Labour’s Shadow Chancellor John McDonnell said: “They have a moral responsibility to return their bonuses.

“They created this mess and there are large numbers of people losing their jobs. [Bosses] should hand the money back to compensate those workers.”

It comes as the Civil Aviation Authority (CAA) began the largest repatriation of Brits since the Second World War.

On Monday the CAA brought back 14,700 Brits on 64 flights – over 95% of those travellers who were due to fly home on the first day of the mammoth operation.

A further 74 flights are scheduled to bring back another 16,500 Thomas Cook customers on Tuesday, with the CAA attempting to repatriate the remaining stranded holidaymakers over the next 13 days.

Among those stranded in Spain are terminally-ill Matt Dominic, 43, and wife Lyndsay, 42, from Derby, who flew to Tenerife for what could be his last ever holiday.

Lyndsay said: “He was really looking forward to it. He’s not got a lot to look forward to.” 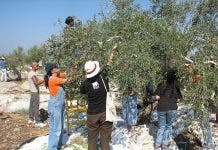 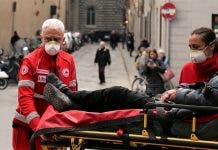 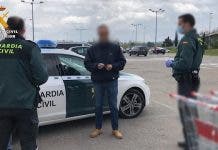