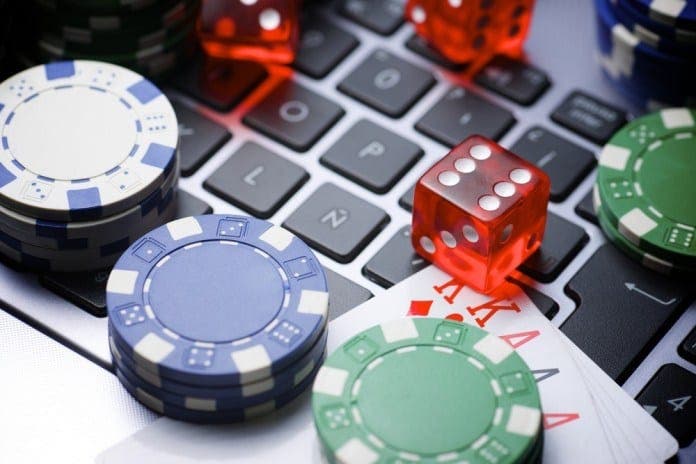 Nine in ten Spanish adults engage in some form of online gaming regularly according to a report by Spain’s association of private gambling companies, CEJUEGO. Unsurprisingly, the majority of Spaniards think positively of gambling, comparing it to any other form of entertainment.

Despite embracing the gaming industry, Spain has an exceedingly low rate of problem gamblers at 0.3%. CEJUEGO believes that’s because online gamers in Spain play lotto, slots, table games and sports betting moderately. But is that the real picture of online gaming in the country?

The number of sports betting establishments has grown by over 300% since the Spanish Gambling Act of 2011 became law. Before then, sports wagering in Spain was heavily restricted, and only a limited number of companies provided betting as a service.

Since 2011, however, Spain has witnessed an explosion of new betting establishments. From Madrid to Valencia, new betting shops have been cropping up in all major cities and towns throughout the country.

Spain doesn’t restrict betting adverts to nighttime or the Internet, a factor attributed to the wild growth of gambling businesses. The country has regulations on how to advertise gaming products, though. But compared to most European countries, Spain has some of the most lenient gambling laws in Europe.

Lotto is Spain’s favourite gambling game, according to CEJUEGO. Although the organization only interviewed 7,000 people for its recent report, most of them responded to enjoying lotteries and slots more than other casino games.

Spain runs a state lottery with tons of tournaments throughout the year. The Spanish Christmas Lottery, for example, collects up to €2.3 billion by selling €20 tickets to lottery players around the country. BonoLoto, another lottery, has draws nearly every weekday. Most lotteries sell their tickets online and at betting shops.

Online slots also enjoy massive popularity in Spain, with games inspired by Spanish legends like Gonzo’s Quest enjoying the most success. The fact that these provide quick wins; sometimes in the millions of Euros make them even more famous. They are also simple to play and don’t require special skills, you can learn how to gamble online.

While many players participate in lotteries offered by state-operated sites, the best slots are provided on private casinos. Party Casino, Bwin and Casino1 all offer a wide range of the best slots according to Gambla.com/es/. These casinos also provide lotteries, poker, sports betting and bingo.

Spain’s love story with online gaming dates back to many decades ago. But it’s only until online gambling became legal that Spaniards truly learned how generous casinos could be with bonuses. Top gambling sites give new players rewards even before they spend money on games.

Sometimes they give out free spins to players who love slots. They award betting money for sports punters or cash to wager on table games like roulette and poker. You can claim up to €2000 in bonuses if you deposit and spend a similar amount in a casino.

The bonus fiesta doesn’t stop after your first deposit. With some casinos, you earn rewards each time you fund your account. Others give you cash backs so that you can recoup some of your gambling losses. A few casinos reward you bonus with no wagering conditions.

Of course, finding casinos that give you bonuses with no wagering requirements is a real hassle. But some of the best Spanish casinos online give out extremely great offers. They have bonuses for all games, some you can claim before you deposit money.

Of the 24.1 million people who play online games in Spain, 12 million of them play on their mobile devices. That’s more than half of gamers in the country, a demographic that’s helping popularize gambling in the country.

Spain enjoys an incredible Internet penetration at 78%. Gamblers also spend a reasonably high 480 per year, which motivates established and new casinos to acquire licensing in the country. From Bet365 to Betway, Mansion Bet to 888 Casino; nearly all of the world’s most famous gambling companies now operate in Spain.

Experts believe Spain will continue to rely more on mobile devices for gaming. And considering casinos are also investing heavily in the sector, Spain’s online gaming market will be driven primarily by mobile gamers in the future.

Although some view it as a problem, Spain has a broad demographic of young online gamblers, larger than any other country in Spain. Most of these youngsters engage in sports betting, national lotteries and slots.

The legal age for gambling in Spain is 18 years, but there are reports of players as young as 14 years accessing betting shops. Of course, it’s physical gambling shops with the biggest problem of accommodating underage players.

On the Internet, gambling sites don’t accept underage customers, a rule they enforce by asking for identification documents frequently. The Spanish police, however, believe the country’s lax advertisement laws are to blame for not protecting the youth. As we had mentioned, casinos can advertise any time of the day, exposing teens to gaming content unnecessarily.

The Spanish government supports online gaming by providing licenses, affordable tax rates and an apt business environment. Of course, it does that to increase revenues in the sector, currently valued at over €500 million every year.

Compared to the UK, Spain lags far behind in revenues collected from online gaming companies. But considering it’s still a growing market, it has the potential to cross the billion euro mark in the next five years.

Spain has an impressively high gambling market, after all. From its youth to the working class and senior citizens, there’s lots of room for the gaming industry to leap forward.

Spain might be a burgeoning market in the gambling sector, but it’s growing tremendously. What’s more, Spaniards love online gaming, and they equate it to any other form of entertainment. With such a positive attitude, it’s no surprise that some of the most successful gambling companies have licenses to operate in Spain.