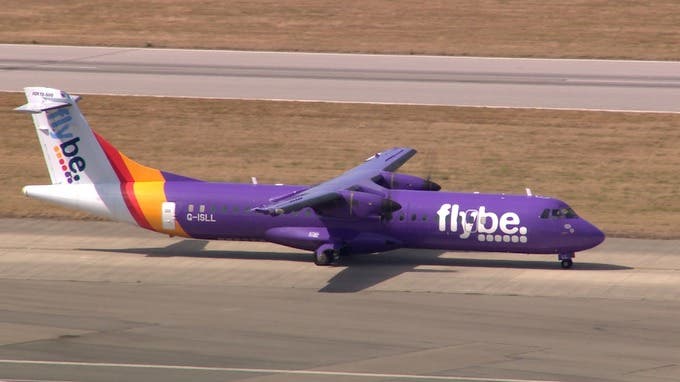 EMBATTLED British airline Flybe has entered talks with the UK government in a bid to secure a rescue deal.

The carrier, which connects many UK cities with Spain, is hoping to defer payment of air passenger duty, however other options are reportedly being discussed.

According to the BBC,  the government is reluctant to defer the tax payment.

A spokesperson for Flybe said: “We don’t comment on rumour or speculation.

It added: “Flybe continues to focus on providing great service and connectivity for our customers, to ensure that they can continue to travel as planned.”

According to Sky News, the airline’s parent company Connect Airways has been in discussions with the government since the weekend.

It comes after Flybe almost collapsed last year before being bailed out by a consortium led by Virgin Atlantic which paid £2.8m for the airline.

The consortium has invested tens of millions of pounds into the troubled carrier yet it has continued to lose money.

The Devon-based airline has always been critical of air passenger duty which it claims unfairly burdens British customers as they have to pay £13 each time they take off from a UK airport.

The airline carries about eight million passengers a year and its destinations include Alicante, Malaga, Palma de Mallorca and Madrid.

Its last-minute plea comes just months after the British government refused to bail out Thomas Cook to the tune of £150 million.

At the time, Boris Johnson said it would have set a dangerous precedent of bailing out private companies, labelling it a ‘moral hazard’.

However, although the government is not in favour of bailing Flybe out, sources admitted that the Conservative Party manifesto promised to improve regional connectivity.

Such a promise would be heavily impacted in the case of a Flybe collapse, which is one of the most important airlines within the UK.

Additionally, some 2,000 jobs could be lost.

Joanne Oakley - 27 Jan, 2020 @ 11:46
There is still much to be done to achieve a society free from sexist attitudes and patriarchal oppression