THE European Union (Withdrawal Agreement) Bill was published today as Gibraltar braced itself for a difficult year in which it would leave the European family of nations against its will.

Gibraltar voted by 96% to remain in the EU in the referendum back in June 2016 but 51% of the UK of the population voted to Leave.

After the third reading of the Withdrawal Bill in the House of Commons was passed by a large majority in the UK, it will now go to the House of Lords for approval.

This has prompted Gibraltar to continue its reluctant departure from the EU, however hard this would be on the local economy and population.

“The Bill will be presented to the Gibraltar Parliament before the end of the month by the Deputy Chief Minister, Dr Joseph Garcia, who is the Minister with responsibility for work related to our departure from the European Union.”

The new bill sees the end of a struggle by Gibraltar to reverse a Brexit it deemed to be against its wishes, with the Chief Minister even pushing for Article 50 to be revoked.

However, this line taken by the Liberal Democrats at the December 2019 election failed to get any traction as the Tories swept to a landslide victory with the slogan, ‘Get Brexit done!’.

This gave Prime Minister Boris Johnson the mandate to drive Brexit through Parliament and leave the European Union on January 31.

The consolation for Gibraltar is that the Memorandums of Understanding and Tax Treaty agreed with the Spain and the UK, will now allow the territory to take part in the forthcoming Withdrawal Agreement to be discussed throughout this year.

Although Gibraltar and the UK will no longer take part in the Brussels political processes, citizens will retain most of their EU rights until the final details of the future relationship with its 27 nations are sorted out. 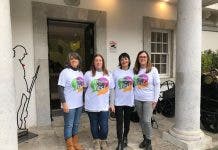