Like factor 50 and a piña colada, reading material is a sunbathing essential. Here are the best books to keep you entertained as you recline on your sun lounger this summer. 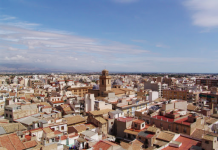