SPAIN’S government has confirmed their intentions to have the Balearic and Canary Islands excluded from the UK’s quarantine on travellers.

The Minister of Foreign Affairs, Arancha Gonzalez Laya, said that the Spanish government is working with both regions to negotiate their exemption from the UK’s quarantine impositiion.

“Our efforts at the moment are focused on ensuring that the British authorities can exclude the Balearic Islands and the Canary Islands from their quarantine measures,” said Arancha.

Arancha went on to explain in a statement that the epidemiological data in the Balearic and Canary Islands was far below that of the UK, and for this reason they should be omitted from the mandatory quarantine.

This has been backed by Balearic Health Minister Patricia Gomez who revealed her plans to ‘talk personally with the UK Ambassador to Spain about the matter.’

“We want to offer all information needed on security measures that exist in the Balearic Islands to be able to establish a safe corridor with the United Kingdom,” said Gomez.

If successful, this would mean that British travellers would not have to isolate at home for two weeks upon their return from vacation.

Gomez added that those within the tourism sector have worked extremely hard at making the region a ‘safe destination for travel,’ and are now very worried for the remaining season.

Furthermore, Gomez stated that the Balearic health system ‘is prepared to double its hospital beds if there is a second wave’ in addition to having ‘a highly effective tracking system that enables monitoring and prevention.’

The Consell de Mallorca president, Catalina Cladera, also weighed into the debate, slamming the measure as ‘disastrous’ as will ‘impact the island considerably.’

“The UK government has to understand that not all of Spain is the same,” said Cladera, while noting that more than 20% of Mallorca’s tourism derives from the British market.

Cladera believes that the decision may have been made by the UK government due to Spain’s transparency on its COVID-19 figures.

“Perhaps we give the impression that there are more cases when simply there are more preventive tests being carried out than in other countries, precisely to better control the virus,” concluded Cladera.

It comes as rage has spread across the Costa del Sol after they were left out of talks which will allow parts of the country to be excluded from the UK’s quarantine on travellers.

President of the Tourism Costa del Sol body Francisco Salado announced that he would be sending a letter to the foreign ministry to demand that Spain fights for the whole of Andalucia to be taken off the quarantine order. 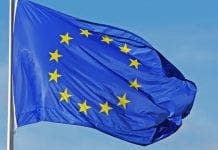 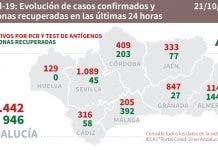 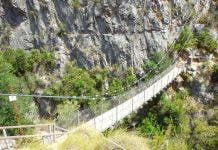