There are two less than complimentary phrases that spring to mind when you say Albacete: ‘Albacete, carga y vete’ and the more parental advisory option  ‘Albacete, no vete!’.

The capital city of Castilla La Mancha is, to say the least, a bit of an underdog. But now they are pivoting towards popularity in a tourist upturn.

Backdropped by gorgeous mountains with a sizzling energy, it is about time the area was recognised as more than a toilet.

Albacete is the most populated city in the province but this doesn’t mean you’re fighting for pavement space.

In fact, in the spotless Abelardo Sánchez Park you will find cherry trees, sculptures, rose gardens and fountains.

In the immediate city itself there is much to explore. The 16th century San Juan cathedral, located in the heart of Albacete, has imposing Ionic columns, glittering stained glass and gorgeously detailed murals.

Meanwhile, the Plaza Altozano continues the high standard of architecture. We suggest pausing in the square’s immaculate gardens to take it all in.

Other must-sees are the Pasaje Lodares – similar to Burlington Arcade in London – and Albacete Library, which was initially built as a water tank in 1921 to supply citizens with hydration—It’s visually stunning and the atmosphere is serene.

After a packed day of sightseeing, the restaurants of Albacete will more than satisfy growling stomachs. 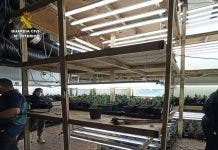 Travel with us to…