Casinos have stood the test of time as many casinos are still around today, even if it is in an online form. It may also surprise you just how far back Casinos go in Spain. In this article, we’ll look at the origins of those early casinos in Spain and investigate how they became popular.

Although gambling had been around for centuries, there had been no dedicated building in which people could play. That was until 1638 when the first casino opened in Venice. However, it wasn’t until the 18th or 19th century that the word casino was coined. It was also around this time that Physicist Blaise Pascal invented roulette, which is believed to be the oldest casino game.

In Spain, casinos started out as cultural clubs, where people could gather to play pool and talk with their peers. They were influenced by the idea of the ‘gentlemen’, an idea that was prevalent in French and British culture at the time. As a result, casinos could be considered an early version of a ‘gentlemen’s club’. There were also Italian influences as these clubs typically fused both a bistro gathering and a gaming space. Additionally, the very name “gambling club” comes from the Italian language.

Tertulias, also known as literary salons, were a progression of this “cultural club” idea but were more intimate and more exclusive. They were held at people’s homes and you had to be invited. Here attendees could discuss literature and art to their heart’s content.

These clubs facilitated social occasions, and affiliations. Socialising and having conversations was the main purpose and gambling was an afterthought. These spaces helped shape the progression of Spanish society and culture. 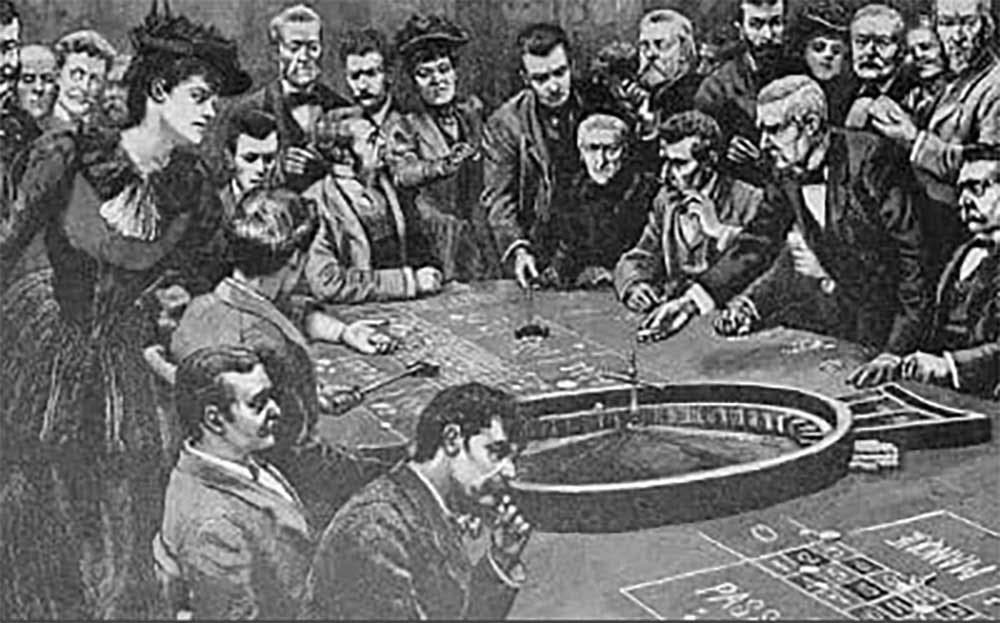 The first “casino” in Spain was a combination of the gentlemen’s club and the tertulias. It catered to wealthy gentlemen and were invite only. Despite being so exclusive it became immensely popular, especially after the death of Ferdinand VII in 1833, who was viewed as a tyrannical king. These clubs, or rather casinos, allowed the wealthy gentlemen of the time to enjoy the freedom of expression and ideas. This is because it also hosted talks, debates, as well as games such as billiards.

Casino’s in Spain continued to thrive until the turbulent civil war and the rules of  Primo de Rivera and Franco dictatorships. Casinos were no longer the priority and their development was put on pause.

At this time talent-based contests and games of chance were stringently condemned and culpable under the law. When these contests and games were decriminalized in the late 1970’s betting increased dramatically. At that point, sports betting thrived and was the most popular type of gambling, as it still is today.

The first ever official casino in Spain was Real Casino Antiguo of Castellón and in 1814 it was down to The Baron of Benicassim and his friends to promote. The place changed name and location, but is now called the Puerta del Sol and can be found in Castellón de la Plana. The current casino is a grand building, with many rooms and is considered to be one of the early works of the architect Francesc Maristany Casajuana. nettikasino ilman rekisteröintiä

Casino of Madrid on Calle Alcalá in Madrid is also among the first casinos in Spain. The capital of Madrid wasn’t going to miss out on this trend! Although this casino was a later addition, as it was founded nearly two centuries after the Real Casino Antiguo, the building was built much earlier. The building is also one of the most iconic buildings in Madrid. The casino was also rather small in the beginning as it only had 1,000 members at the beginning of the 20th century.

Another casino that is worthy of a special mention is the Real Casino de Murcia. Real Casino de Murcia opened on the 11th June 1847. Like the Real Casino Antiguo, it also had to move premises a lot due to its growing membership. Eventually, at the start of the 20th century, the casino decided to commission its own building, which is the building that stands today. It is a beautiful building that amalgamates styles from different periods and has been deemed a National Historical building. It is so grand that King Don Julio I granted the casino the title of Real, or rather ‘royal’. It is definitely a casino fit for a King!

These days, Spain is quite possibly the most flourishing betting place in Europe, facilitating numerous casinos. People are also looking to grow their organizations in Spain, the vast majority of them focusing on Madrid or Barcelona. The Spanish casino industry has tremendous potential, taking into account that Spain is one of Europe’s go-to destinations thanks to its spectacular views and amazing climate.