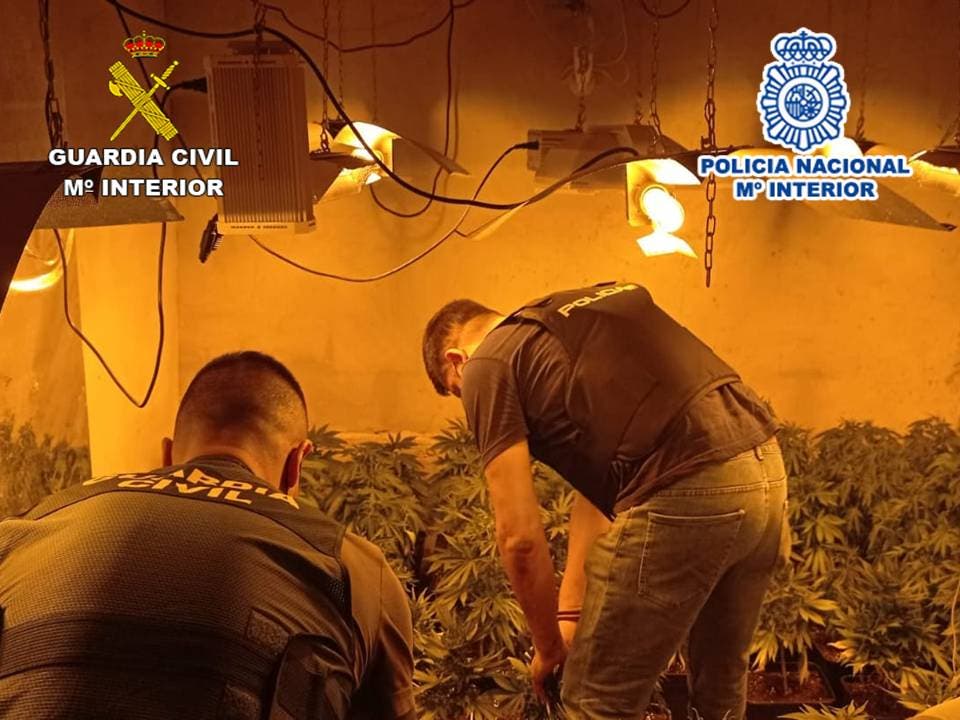 THREE Belgians have been arrested in San Fulgencio for running an indoor marijuana farm and selling drugs in an area with a large number of foreign residents.

A joint operation between the Guardia Civil and the Policia Local brought down the illegal southern Costa Blanca business.

Authorities were tipped off that a property in the San Fulgencio municipality was being used to grow and sell marijuana.

A check revealed that two men and a woman were registered as living at the address.

Surveillance operations noted extra ventilators being installed in the property as well as a marijuana smell wafting out of the building.

The Belgian trio were detained after officers raided the house.

They’ve been charged with drug trafficking; fraudulently using electricity; and of belonging to a criminal gang.

Over 100 marijuana plants were seized along with associated drug paraphanelia and money earned from sales.