AN elderly British couple, understood to have been in their 70s, have been swept to their deaths in a flash flood while on holiday in Spain.

The pair were hit by a torrent of water as they sat outside a cafe stall during the weekly market in Finestrat on the Costa Blanca.

Kenneth Hall, 72, and his wife Mary, 70, are understood to have been dragged away in the current as water flowed through the market place, wrecking cars and stalls.

Their bodies were reportedly found trapped under a trailer after the flood.

A Foreign Office spokesman said: “We are aware of the death of two British nationals in Finestrat, Spain, on October 21.

“We are providing consular assistance to the family.”Spanish media reported that another two people were taken to hospital.

The authorities in Finestrat have declared two days of official mourning for the couple.

Interior Ministry official Jose Perez Grau that it had been raining heavily inland for about 25 minutes before the incident, which happened at about midday on Friday. Stallholders and visitors had been caught by surprise when the flooding hit because it had not been raining in the town itself, he added.

It has now emerged the town’s council was fined 83,000 euros for paving the ravine bed without permission last year.

According to local reports, the authority was also discouraged from authorising vendors to sell their wares on the promenade. 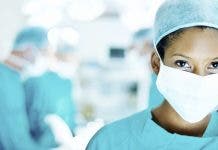 James Warren - 10 Apr, 2020 @ 10:00
It was as the procession rolled through Antequera that the news came through that after 48 hours in a critical condition, the officer had passed

WATCH: Madrid’s top botanical garden gives its tulips to staff in 7 hospitals as show of thanks during the...