FORTY homes were evacuated near Sotogrande on Tuesday as a fire tore through 100 hectares of land.

The blaze, which started behind the petrol station between Torreguadiaro and Pueblo Nuevo at around 1.30pm, had finally brought under control by firefighters 8.30pm.

Cars and property were damaged and a section of the A-7 had to be closed due to the proximity of the flames.

“The first helicopter arrived within about an hour, then later another helicopter and then a water plane too,” said expat Neil French, who was evacuated from his home in Colina del Mar at 2.30pm and was not able to return until 8pm.

“The ground is still smouldering for miles around,” he said yesterday.

“The firefighters were incredible. They even used our pool for water here at the top of the hill,” he added.

Firefighters are investigating whether there is a link between this fire an another which broke out a few hours later on the road between Castellar and Sotogrande. 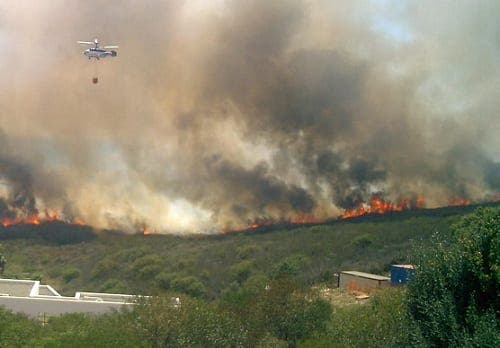 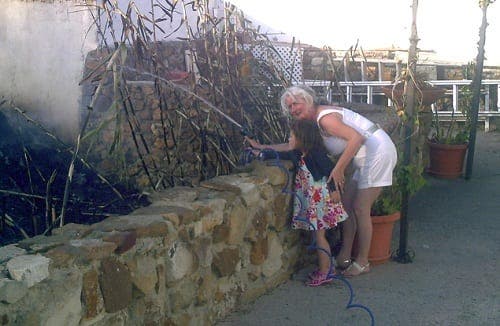