OLYMPIC synchronised swimmers were called ‘fatty’ by their trainer and told to swallow sick, according to a damning letter signed by 15 athletes.

The document, presented to the Spanish Swimming Federation, presents coach Anna Tarres as a bully who subjected her charges – often teenage girls – to horrendous verbal abuse.

Tarres, who led the team since 1997 and helped Spain earn four medals in the Olympic and 25 in the European Championships, is alleged to have told a bulimic team member to ‘go and see a psychologist’ and accused a 14-year-old of ‘f**king anything that moves’.

“Today we have decided to unite to tell our story,” the swimmers’ letter reads, “to bring to light all the things that until now have remained hidden behind the medals.”

“I have nothing good to say about this person,” said Olympic silver medallist Paola Tirados, 32, in an interview.

Tirados said that, as she collected her medal on the podium at the Beijing Olympics in 2008, Tarres told her: “You don’t deserve this. You’ve done nothing to earn it.”

Another team member, Ana Violan said that on one occasion she asked Tarres if she could leave the water to vomit after five hours in the pool, and was told: “No, swallow it. You still have an hour and half left. If you don’t go home and don’t come back.”

“It got to the point where I didn’t want to go to the pool,” she said.

Tarres said she was stupefied by the allegations.

“I never mistreated my girls,” she said, although admitted her training style had ‘an energy and impetus that is perhaps above the average’.

She is now taking legal action against the federation. 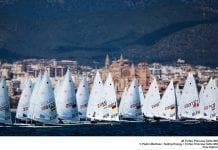 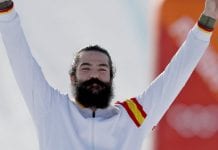