A BRITISH pensioner has lost her battle to prevent an embargo being slapped on her UK home over a defunct property deal.

In a ruling that could have a widespread impact on British property owners in Spain, a Spanish court ruled that Joan Deak was responsible for the fact that a developer did not finish a property she had paid a deposit for.

Deak has used the original agent she had bought the property through Palmera Properties to sell the unfinished home on to a Spanish buyer.

But now a judge has ruled she must return the €25,000 the Spanish buyer paid her, despite her not being responsible for the house’s construction.

She has also been ordered to pay his costs, which could amount to tens of thousands more.

As the Olive Press reported last month, she now faces having her three bedroom London house embargoed in order to recoup the money.

She insists she does not have the money to appeal the hearing.

“It is incredible. I am being sued over a house that was never delivered by the developer and builder,” she said.

“This result means that anybody who has sold an option via Palmera Properties,or any other agent for that matter, can be successfully sued by the buyer.

“I believe this result sets a precedent for others to follow!”. 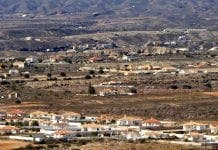 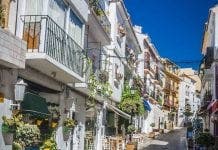 Alex Trelinski - 22 Sep, 2020 @ 20:00
A DRUNKEN BRAWL between three Scottish men saw two of them being stabbed at the Polaris World La Torre golf resort in...