WITH at least nine dead and 21 injured, the bus accident that occurred on Monday morning is Spain’s worst in five years.

The accident occurred at 8:45 am near the town of Tornadizos, in the province of Avila.

Emergency aid services and the coroner continued work past eleven in the morning, as several passengers were still trapped inside the vehicle.

Of the 21 injured, five are in critical condition, including a six-year-old girl who had to be evacuated by helicopter and taken to the Intensive Care Unit in Salamanca.

The bus driver was 54 years old and had worked for the bus company for two and a half years. He tested negatively for alcohol, and was not physically harmed.

Although the vehicle had the correct papers, it had no seat belts (it was made prior to the 2007 legislation requiring seat belts).

Although the cause of the accident is still unclear, several sources say the bus was going excessively fast, and the driver lost control as he was going around a curve. 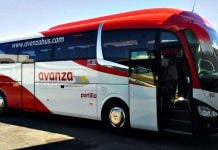 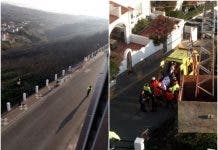 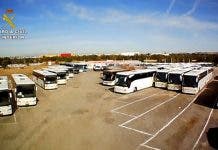 Simon Wade - 25 Jan, 2020 @ 07:32
OLIVE PRESS reader, Gary Cummings, of Formentera del Segura, sent us this dramatic picture of what he describes as 'The Leaning Tower...