ONE of Britain’s most wanted fugitives was found hiding in a panic room when officers raided a luxury villa near Malaga.

Convicted drug trafficker Mark Lilley, aged 41, from Warrington, had been on the run since 2000 when he skipped bail during his trial. He was sentenced to 23 years in his absence for masterminding a large-scale drug operation and firearm offences.

The joint Spanish National Police and Serious Organised Crime Agency operation to arrest Lilley involved over 40 armed officers who swooped on the villa in the Alhurin de la Torre area at dawn on Saturday morning. He was found naked inside a panic room which was concealed behind a bedroom wardrobe.

Lilley was jailed in April 2000 following an investigation by one of SOCA’s predecessors, the National Crime Squad, and featured in a Crimestoppers’ Operation Captura campaign. His arrest means 51 fugitives have now been caught since it was launched.

Dave Allen, Head of the Fugitives Unit at SOCA, said: “Lilley was a dangerous man with access to firearms. He had evaded capture for a long time by moving around Spain and using false identities. Now he’s behind bars where he belongs and extradition proceedings are underway. My message for other fugitives on the run is a simple one – we will hunt you down and you will face justice for your crimes.”

Roger Critchell, Director of Operations at Crimestoppers, said: “We are extremely relieved that this dangerous drug-dealer has been arrested and will be made to face justice. This latest capture brings the total number of suspects located as part of Operation Captura to 51 out of 65. We would like to thank the public for all their support and information so far but also remind them that there are still 14 dangerous individuals we still need to locate and Crimestoppers will not rest until we find them. Please tell us what you know, not who you are.” 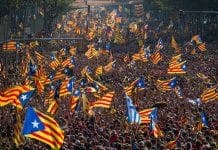 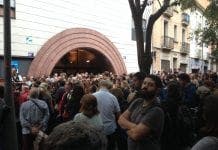 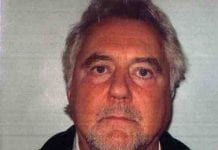