A SHOCKING quarter of all young British tourists abroad have stripped off naked while drunk.

And some 26% of 16 to 24-year-old holidaymakers admitted that they had been ashamed by their holiday antics while drunk.

The findings have led to the UK’s Foreign Office launching a campaign warning young Brits of the dangers of binge drinking while abroad.

It comes after research found over half drink more while away than at home.

Some 51% of 16-24 year olds said they would consume more alcohol while on holiday, with peer pressure and cheap prices being cited as the main reasons.

Spanish Consular staff have already been called to assist British nationals in a number of incidents this year, prompting the Foreign and Commonwealth Office to take action.

The campaign, launched under the banner ‘On holiday don’t let drink do your talking’, will highlight the difference in drinking customs in foreign countries.

It is also encouraging holidaymakers to show respect and consideration to their fellow revellers and to locals while away. 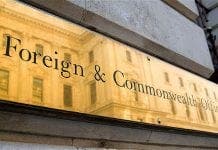 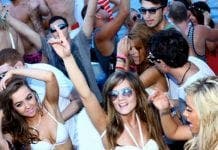