The parents of a young man who died while returning from a friend’s wedding are still trying to find the truth, five years after his tragic death.

Javier Castilla’s body was found at the the bottom of a five metre ravine the day after he had been at a friends’ wedding in La Calahorra (Granada).

Although the authorities originally concluded that Javi had simply got lost and fallen, his friends could not understand how the 27-year-old engineer could have wandered outside of the town, especially when his hostal was close to the wedding down a well lit street.

Javi’s parents Maribel and Maximilian, launched a campaign on social websites calling for a reopening by the police into the investigation of his death. So far 40,000 people have signed a petition and it has also gained the support of Jaen Town Hall.

The call for the case to be reopened has also been further strengthened by the findings of two renowned forensic experts Aurelio Hernandez and Luis Trivino Frontela, who concluded that Javi did not die from a fall, but more likely a hit and run accident.

On the fifth anniversary his death, Javi’s parents appealed for more information and signatures on national TV, while his friends held a street protest. The search for the truth about Javi goes on. 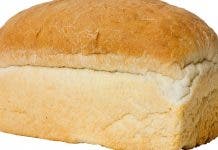