SOTOGRANDE will host the prestigious World Corporate Golf Challenge in June 2014, it has been announced.

Since its inception in 1993, the event has seen more than one million golfers from 20 different countries around the world compete on behalf of their employers for the title of World Champion.

Next year’s tournament will be held from July 1 to 6 at La Reserva Club de Golf.

The 2013 tournament was held near Loch Lomond, in Scotland, with a local team representing Rolls Royce eventually winning the coveted crown.

José Guerra, Chairman of the WCGC, said: “We are delighted that the WCGC World Final will be held in Sotogrande and we are sure the event will be a great success.

“Sotogrande’s facilities are outstanding and the Almenara Hotel and La Reserva are first class venues. We really look forward to being hosted there.” 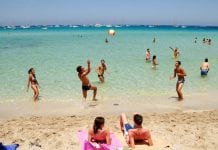 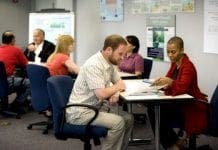 Spain unemployment figure at a decade low in June