SLUGS and snails remain the biggest threats to gardens, according to the Royal Horticultural Society.

Damage from the slimey creatures mainly occurs between spring and autumn, affecting seedlings and ornamental plants including daffodils.

The plum moth made its first appearance in the list, which is compiled based on enquiries received by the RHS entomologists.

The small, pink caterpillars of the plum moth feed inside the ripening fruits of plums, damsons and greengages.

Enquiries about mice and voles, meanwhile, hit a 24-year high. They affect gardeners in a number of ways: tunnelling voles can disturb the roots of plants and disfigure lawns, they also gnaw the bark from the roots and stems of tree and shrubs. Mice can be a problem in storage areas, while in the garden they eat fruit and seedlings.

RHS Senior Entomologist Andrew Salisbury said: “If damp weather continues through 2014, it is likely that slugs will remain the number one pest. However, it will depend on weather conditions for the rest of the year – if the spring and summer is dry, slug/snail activity will drop, and they may not be number one when we collate the data at the end of the year.” 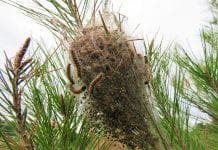 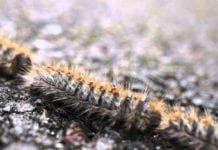 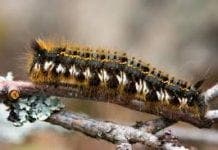