THE interception of a sailboat in La Duquesa with 980kg of hashish on it has led to an investigation that dismantled an international drug network.

Overall 20 people of Spanish, German, British and Moroccan nationality have been arrested as a result of a Europol coordinated effort between Guard Civil and German Rhineland-Palatinate Police.

Police ended up confiscating a total of 1,100kg of hashish, the sailboat, 44 vehicles and 21 properties, all amounting to the value of €9 million.

The drug ring was led by a German citizen who had escaped from a Spanish prison while serving a drug trafficking sentence and was under investigation by several European countries.

The hashish was grown and manufactured in Morocco, introduced into Spain on recreational boats and then transported to Germany in high-end vehicles.

When police got wind of the marine route, a Guardia Civil Air service dispatch spotted a sailboat on the Alboran Sea bound for Spain and officers were deployed to marinas around the coast.

After the boat was identified at La Duquesa and arrests were made, the resulting gathered information allowed for a monitoring operation which lead to arrests in Germany and Spain. 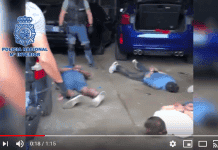 WATCH: ‘Dangerous’ drugs smugglers with Costa Blanca links caught with tonne of cocaine and €550,000 in cash 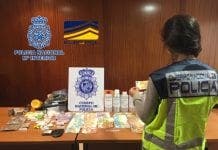