FORMULA ONE superstar Fernando Alonso could be left without a team next season after Red Bull ruled out a job for the Spaniard.

Former Ferrari president Luca Di Montezemolo confirmed the two-time world champion is set to leave the Italian-based team at the end of the season after four years in the driver’s seat.

With seven teams already declaring next season’s pairings, it seems Alonso is deciding between joining McLaren-Honda – who have reportedly made him a huge offer – or taking a year off in the hope of finding a seat at Mercedes in 2016.

At the Russian Grand Prix, Alonso said his choice would be ‘obvious’ when it was announced and that there was ‘probably not a big risk’ of him being left without a team for 2015.

He added: “My future is already set, we are finalising the details, you will know soon.”

Rumours that Audi will join the F1 circuit and recruit Alonso have also surfaced in recent weeks, although Audi have so far remained tight-lipped on that front.

It was previously rumoured that Alonso would fill Sebastian Vettel’s seat at Red Bull, but rookie Daniil Kvyat has been confirmed to partner with Daniel Ricciardo.

Since joining Ferrari, the 33-year-old has finished runner-up in the world championship to Red Bull’s Vettel three times. 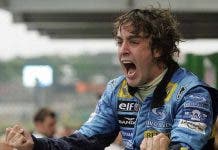 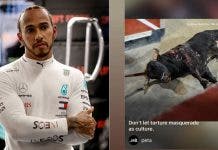