A COLLECTION of historic photographs of Cuban revolutionary Che Guevara have resurfaced after 50 years, in a Spanish town.

The eight black and white photographs, taken by a photographer of international news agency AFP, show the body of Guevara shortly after his execution.

Imanol Arteaga, a local councillor in the northern Spanish town of Ricla, inherited the photos from his uncle Luis Cuartero, who was a missionary in Bolivia in the 1960s.

The 45-year-old believes the photographer Marc Hutten gave the photos to his uncle to get them quickly out of the country.

“He asked my uncle to take the photos because he was the only European leaving Bolivia at that moment,” he said.

The Guerilla leader – executed by the Bolivian army in October 1967 – can be seen laid out on a stretcher, covered in dirt and blood, and with his eyes open.

Taken as Guevara’s body was displayed to the international press, the series also includes a photo of the body of revolutionary Tamara Bunke laid on a stretcher with her face disfigured. 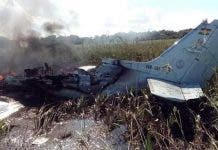 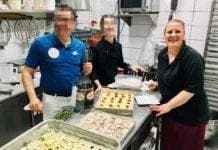 Laurence Dollimore (Digital Editor) - 1 Oct, 2020 @ 15:41
THE first storm of the winter season has arrived with Malaga being placed on yellow alert. Storm Alex...

Spain is a long way off from closing down Marbella and Andalucia’s biggest cities due to COVID-19 – here’s...