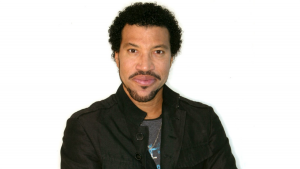 The soul sensation will join Lenny Kravitz, Supertramp’s Roger Hodgson and Spanish star Alejandro Sanz on the star-studded line-up, with many more acts still to be revealed.

The announcement was made at Spain’s biggest tourism fair in Madrid, FITUR, with Marbella Mayor Angeles Munoz joining Sandra Garcia-Sanjuan for the event.

King Felipe and Queen Letizia attended the fair, along with 200,000 visitors from around the world.

Starlite festival is month-long musical extravaganza in the Nagueles quarry, which attracted more than 90,000 people last year with headliners such as Tom Jones, the Beach Boys and the Pet Shop Boys.

This year will feature a special tribute concert to American singing legend Frank Sinatra, marking the 100th anniversary of his birth.

The festival runs from July 22 until August 23, with Kravitz performing on July 22 and Richie on July 29.