A SENIOR PP politician who authorized Castilla y Leon wind farm licences was receiving Swiss payments, it has been revealed. 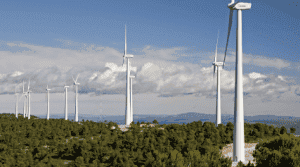 Rafael Delgado Nunez, who was PP deputy minister for the Junta of Castilla y Leon between 1995 and 2011, signed off wind farm authorizations between 2004 and 2007.

Delgado was a key player in bringing wind farms onto the Spanish landscape and it has now been revealed that he started making extravagant purchases in 2005.

And, a company paid the mortgage of his Comilla house and footed the bill for a house revamp after leaving his post, according to Hacienda.