THE next Pedro Almodovar looks to have been unearthed at the Malaga Film Festival. 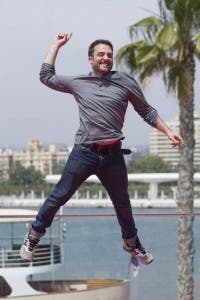 Making his directorial debut, actor-turned-producer Daniel Guzman, took home the top gong for his film A cambio de nada (Exchange for Anything).

The film cleaned up, claiming a trio of awards, including best picture and best director, while supporting actor Antonio Bachiller claimed the prize for his performance.

Set to be a box office hit, Guzman’s film airs to the public on May 9.