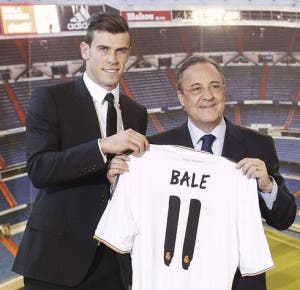 Bale, the world’s most expensive player, moved to the Spanish giants almost two years ago but still cannot speak to the media in the local language.

A recent major interview for a Spanish radio station was conducted in English and translated for listeners, despite his regular Spanish lessons.

The former Tottenham player, 25, has been vilified in Madrid for poor performances as speculation over a return to the Premiership increases.

However, agent Jonathan Barnett insists Bale’s future lies in Madrid and has sensationally claimed his team-mates just need to pass him the ball more.

He said: “Real have to work with Gareth and pass the ball to him more. He’s going to be the best player at Real Madrid when his team-mates help him.”