AMBE, Spain’s national cycling production association, reported that 1,088,548 bicycles were sold in 2014, up 5.2% from the previous year.

And the association expects that figure to boom later this month as the Vuelta a Espana gets underway.

More than 2,000 new jobs were created in the cycling industry last year, more than any other sporting industry in Spain. 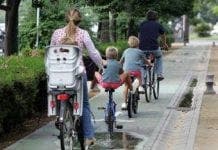